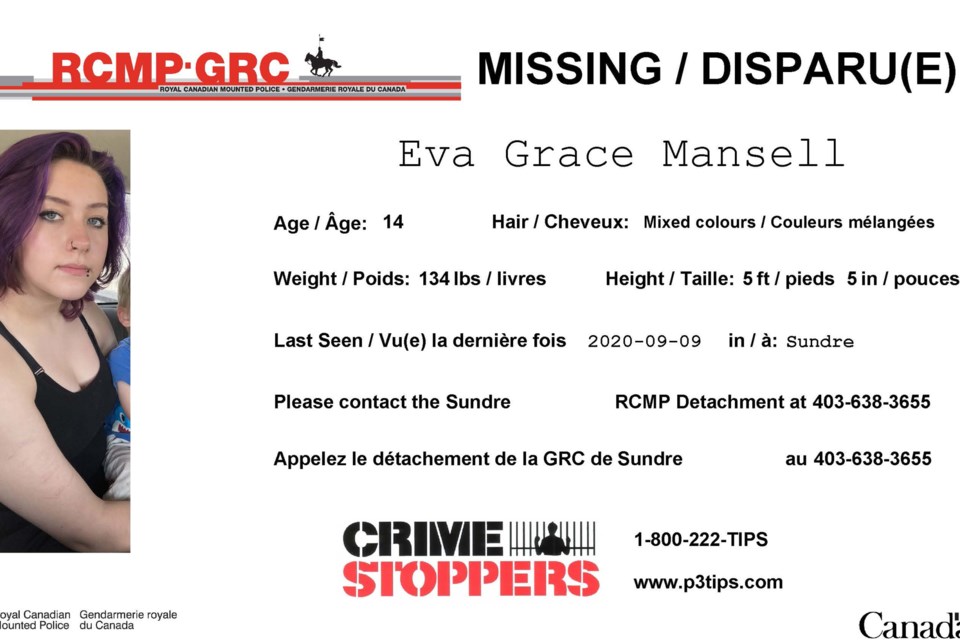 Sundre RCMP confirmed in a release issued this morning (Sept. 18) that Eva Grace Mansell has  been lcoated.

The local RCMP detachment had issued another request to help locate the missing youth on Sept. 16.

In a press release issued on the evening of Sept. 9, RCMP asked that anyone with information about where Mansell is, to contact the Sundre RCMP detachment at 403-638-3655 or their local police.

"Her family have not had contact with Eva since her disappearance and are concerned for her wellbeing and safety. Police would like to speak with Eva to confirm she is safe," police said in today's release.

Orignally, police said she could still be in the Sundre area but was believed to have travelled to the Edmonton area.

According to police, she was last seen wearing a black and red hoodie and black sweat pants.

She is described as weighing 134 pounds; five foot-five-inches tall; blue eyes; purple and black hair with a fair complexion.