Temporary patio permits issued in Sundre at no cost 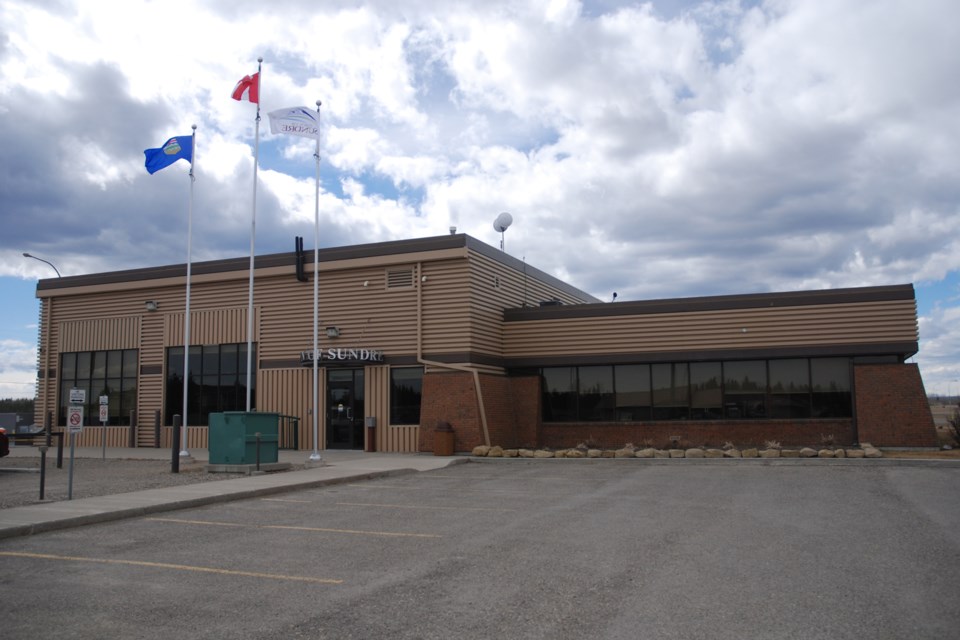 Council unanimously approved during a special meeting on Wednesday, April 7 a motion to allow restaurants and cafes to apply for temporary patio permits following the provincial government's decision to revert back to Step 1 of the economic relaunch strategy. File photo/MVP Staff

SUNDRE — The municipality is for the time being issuing temporary patio permits at no cost to help local establishments stay open for dine-in traffic following the provincial government’s decision to roll restrictions back to Step 1.

The move came by way of motion during a special council meeting conducted by teleconference on April 7 that was called specifically to address the issue.

As per Premier Jason Kenney’s declaration on April 6 that Alberta is rolling back to Step 1 of the economic relaunch strategy — despite as recently as just prior to the Easter long weekend declaring there would be no further measures announced — restaurants and cafes are as of noon on April 9 restricted to takeout or patio service, with indoor dining barred.

“As a municipality, there is something that we can do to assist these establishments,” Linda Nelson, chief administrative officer, told council. “And that is by issuing temporary outdoor patio permits."

She added there would be no charge to businesses and just a simple process of filing out a one-page application form.

“We would have the permit issued in less than half an hour,” she said, adding applicants would quickly be walked through the process, which would include a look at site plans to outline where an outdoor space could be established on their property.

“We do believe that this is a proactive, temporary solution that we as a municipality can provide to our local businesses, just to assist them to remain more sustainable in these unsettling times," she said.

Coun. Paul Isaac moved the recommended motion for council to support the issuance of temporary permits for outdoor patios to assist local eating and drinking establishments to continue to serve their patrons during the additional COVID restrictions at no cost.

Speaking in favour of the motion, Coun. Rob Wolfe sought clarification and asked whether establishments without an existing outdoor space would be granted permission to set up a makeshift patio.

“By issuing a temporary permit, we would allow them to encroach into their parking areas,” said Nelson. “So, no. They do not need to have an existing patio. However, this would also allow those establishments that currently have patios to temporarily extend that space."

Coun. Cheri Funke also spoke in favour of the motion, but wanted to know if the municipality’s community peace officer would be expected to enforce the provincial government’s restrictions.

“As far as I know, this ability has not been reinstated with our CPO,” said Nelson. “So, at this time, we will not be enforcing the provincial rules.”

Coun. Charlene Preston said she favoured the motion as an opportunity to help alleviate the frustration felt by businesses and residents.

Coun. Richard Warnock also supported the motion, but was compelled to point out that applicants remained responsible for adhering to any others laws pertaining to for example the Alberta Gaming and Liquor Commission as well as Alberta Transportation.

Seeking further clarification to the point raised by Warnock, Coun. Todd Dalke questioned if allowing temporary permits posed a risk to any businesses moving into a parking area that might result in unsafe situations or alcohol being served outside of designated areas.

“It would be of course up to the operator to check with Alberta Gaming and Liquor,” said Nelson, adding that to her knowledge, she did not expect any issues.

“But again, that is a provincial licence, not municipal," she said.

“They’ve had to close down twice, and I’m not sure if they can afford to do it a third time,” Isaac said, calling the move “a partial help.”

The councillor also wanted to add to the record that earlier that afternoon, 15 UCP MLAs formally announced their opposition to the premier’s decision to revert restrictions back to Step 1.

Mayor Terry Leslie said that as the race to roll out vaccines and keep hospitals safe continues, people should be encouraged to abide by public health regulations.

“I think as a municipality, if we can support our businesses affected by this, then I think this is an excellent way to try and let those businesses know that we support them,” said Leslie.

Before the motion was voted on, Dalke raised a final question and asked how long the temporary permits would be valid.

Nelson said the permits would be in place until restrictions are lifted and establishments are allowed to resume indoor dining service.

“Obviously, we hope this won’t go past the summer,” she said.