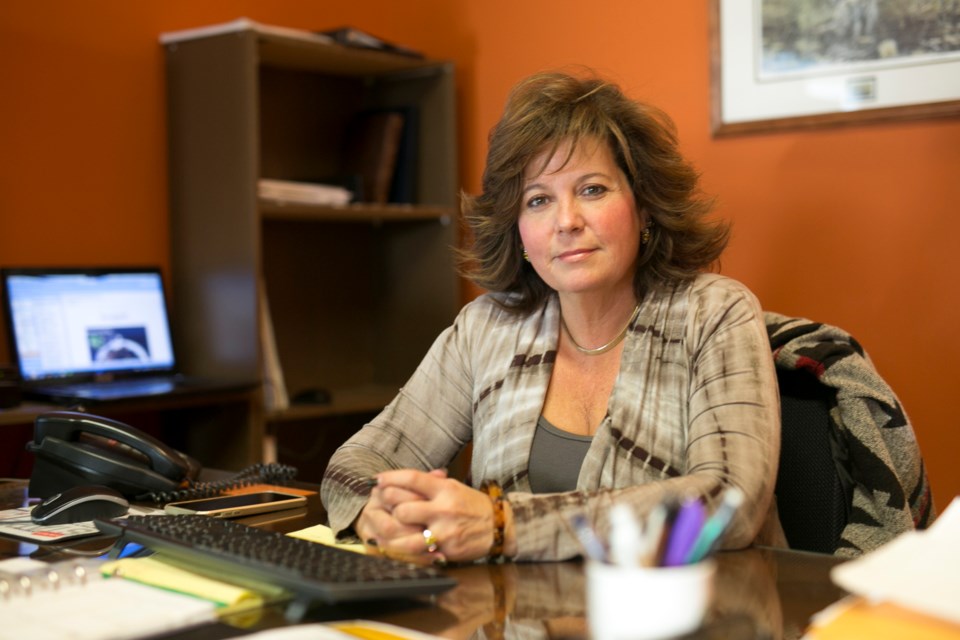 Tracey McCrimmon, the executive director of SPOG, has been appointed to the Alberta Energy Regulator board. File photo/MVP Staff

SUNDRE - The exective director of Sundre Petroleum Operators' Group (SPOG) has been appointed as one of seven new board members of the Alberta Energy Regulator (AER).

Tracey McCrimmon's five-year appointment comes as the oil and gas industry is under pressure from the fallout of the COVID-19 pandemic and other challenging economic conditions, she said.

The AER is the provincial body that oversees energy development in the province.

McCrimmon, who has been SPOG’s executive director for 12 years, says she considers being on the board at this difficult time a good opportunity.

“I’m really looking forward to this,” said McCrimmon. “I think we’ve got a great opportunity to really bring a perspective that addresses all stakeholders.

“We are in a really tough time and I know our industry is suffering badly, so I feel grateful that I’m getting an opportunity to dive in and actually do something.”

A member of SPOG for 17 years, McCrimmon has worked with more than 40 rural and 20 urban municipalities during that time.

“I think I bring together a huge diversity and background from a multi-stakeholder standpoint,” she said.

The appointment of the new board of directors became official on April 15.

McCrimmon says she and her fellow AER board members are already undertaking training and briefing.

“I’m learning more technical stuff than I ever have in my whole life,” she said.

She says she plans to remain with SPOG as executive director.

Jason Nixon, a Sundre-area MLA and minister of Environment and Parks, says the appointment of the new board members is part of several changes coming to the AER.

“In the near future we'll announce other initiatives we’re taking to improve the AER’s mandate, governance and system operations,” said Nixon. “In the meantime, these appointees will help ensure Alberta’s regulator system is stable and efficient.”

Minister of Energy Sonya Savage said the new board will be a “steady hand” during the current crisis.

“We want to ensure that there is a well-functioning regular in place,” said Savage. “With the leadership provided by the new board, Alberta will continue to be a responsible resource developer.”

Other new board members appointed to the AER include Gary Leach, past-president of the Explorers and Producers Association of Canada, Beverly Yee, deputy minister of Environment and Parks, and Georgette Habib, former board member of the National Energy Board.