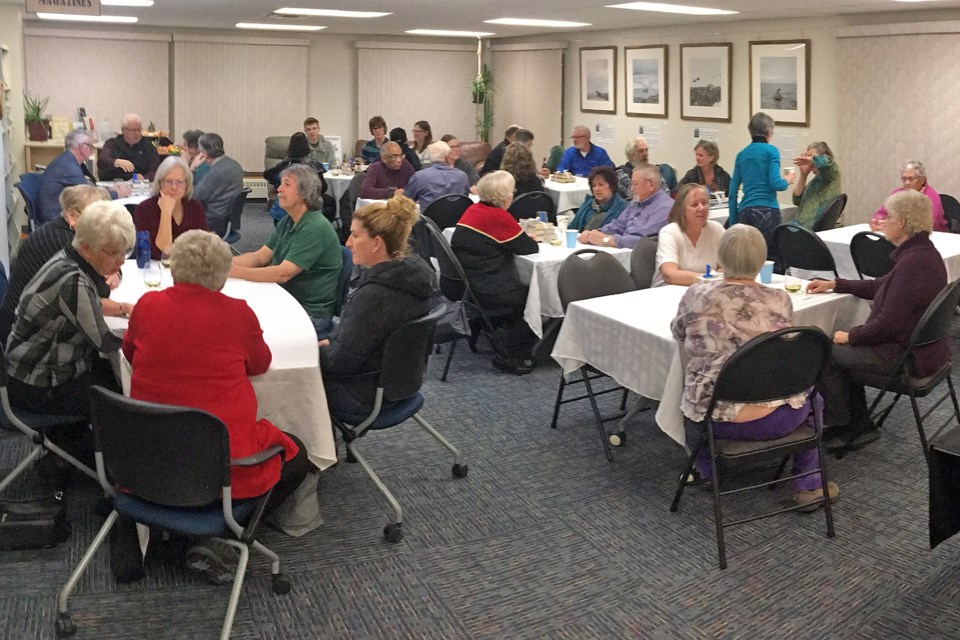 SUNDRE - In the absence of the invaluable contributions of volunteers, the Sundre Municipal Library would be a shadow of its current self.

“We couldn’t provide all of the services we do without their help,” said manager Karen Tubb.

Responding to a follow up inquiry, she said the library has 54 volunteers who last year invested 1,235 hours of their time helping out with numerous tasks such as shelving, locating items that have been requested, helping with fundraising efforts, assisting with programs and special events, as well as serving on the board of directors.

Last summer towards the end of the school year, Schepella said he sought to be a part of contributing a positive impact on the community.

“I’m not the most involved in extra-curricular activities like hockey, and I wanted to find a way to get involved in the community and help people without expecting anything in return,” he said.

So while the tech-savvy teenager occasionally helps out with miscellaneous tasks such as preparing for events, his particular skillset not only came in handy setting up the library’s new 3-D printer, but also helping out patrons who have encountered problems with their computers or other devices.

“I have a lot of interest in computers and technology.”

He recalled the time that someone’s mouse had ceased working as a result of an obscure setting in the computer’s device manager.

“I eventually found it after a bit of fiddling around and got it working again,” he said.

In another instance, he provided assistance to a new arrival in Sundre who wasn’t familiar with computer programs and needed help to print out some emails and documents.

“I’ve gotten really comfortable there,” he said, when asked what has motivated him to continue offering his time and expertise at the library.

“And also, they enjoy having my help there, and I enjoy providing it, so I don’t see any reason to stop doing that.”

Non-profit organizations — with the Sundre library being no exception — can at the best of times be challenging to sustain, but especially so “in a sub optimal economy, like we kind of have now,” he said.

So volunteers — who are often driven by a passion to contribute a positive impact in their communities because of their love for a job without giving a thought to being compensated in return — provide a critical lifeline for groups that have tight budgets that limit the number of full-time employees that can be hired, he said.

Over the past semester, Schepella said he has been involved at the library as part of the high school’s work experience program, in which students are offered the opportunity to choose an elective as an option for extra credit.

Although during this semester he will no longer be volunteering as part of the school’s work experience program, the 16-year-old still intends to help out at the library when he can.

Looking ahead, he aspires to eventually pursue a post-secondary education majoring in computer science, possibly with a minor in philosophy and sociology, subjects he also finds interesting.

For the time being, he expressed gratitude for the opportunity to give back to the community. Libraries provide a variety of services that depending on a person’s circumstances can be challenging to obtain elsewhere. For example, someone who is experiencing issues with a device might not be able to afford technical support from a specialized store. And of course at their core, libraries foster an interest in general literacy, he said.

“It helps people get excited about learning and reading, and contributes to the overall health of the community.”