Trustees who miss three meetings will be disqualified
Jul 28, 2020 6:00 AM By: Simon Ducatel 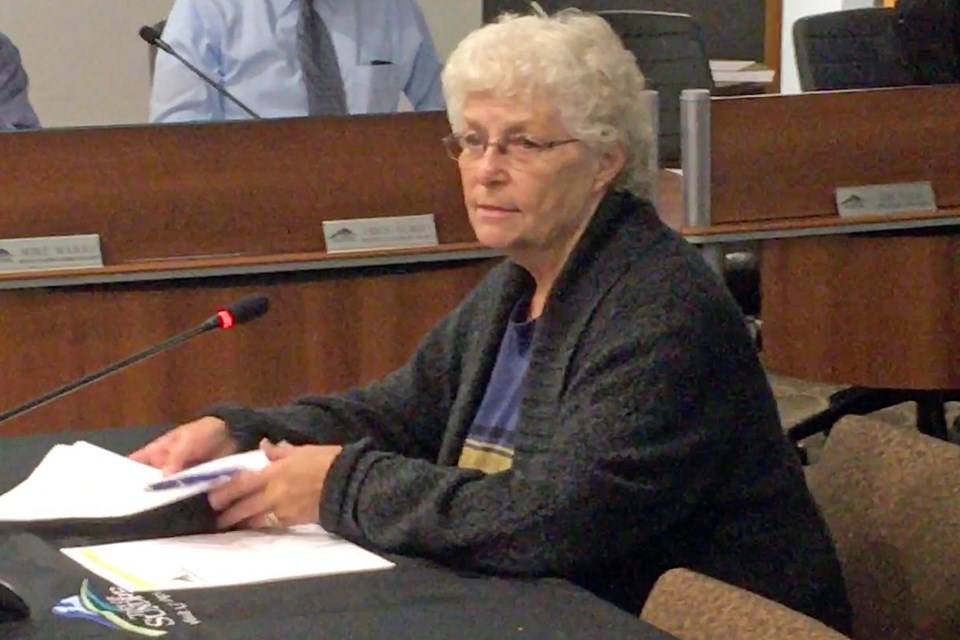 Pat Toone, a Sundre Municipal Library board member as well as a Parkland Regional Library System trustee, presented a report about the regional library system to council. File photo/MVP Staff

SUNDRE — The Parkland Regional Library System has struggled to obtain quorum for the organization’s meetings.

Pat Toone, a trustee who sits on Parkland’s board, recently provided Sundre council with a report.

“They were going to send letters to the municipalities asking them to make sure that they appoint trustees in their organizational meeting in October,” said Toone, adding an alternate member could also be named.

“We have been having trouble at Parkland getting quorum, because a lot of people do not come to the meetings,” she said.

“And we only have four meetings a year, so it makes it very difficult if people don’t show up.”

Municipalities that are members of regional library system have the option to appoint a trustee, as well as an alternate, or have no representation on the board. Furthermore, Parkland would prefer two-year appointments, even though the provincial government’s requirement is for one year.

Trustees who miss three meetings will be disqualified and in such instances, a replacement cannot be selected until the next organizational meeting, she said.

Toone, who also serves on the Sundre Municipal Library board, stressed that the return on investment provides a substantial benefit for the local library, and by extension, the community as well.

“If you were not a member of the library system, you would not have the computers, or the software, or the licensing, or the connection to the supernet,” she said, adding the municipality also would not receive various grants.

“Those things would all be lost if you were not a member,” she said. “So, I think it’s a very good investment.”

Additionally, she said that throughout the duration of the COVID-19 pandemic lockdown, Parkland continued to act as a good communicator, regularly providing information from the provincial government to individual libraries.

“They couldn’t do the inter-library loans anymore, but there were a lot of things that they could still do,” she said, including providing potential program ideas that individual libraries could still deliver during the lockdown, and more recently offering reopening strategies and options.

Parkland’s budget originally had an allocation of $20,000 to purchase e-content and audiobooks. But that allotment was doubled during a virtual meeting as a result of a surplus that materialized when a staff position was not filled, she said.

“A lot of libraries did have a lot of people wanting e-books," she said.

Following Toone’s report, Coun. Richard Warnock said that he had reviewed Parkland’s minutes from the last couple of meetings and noticed many participating attendees.

“So, I just wonder how high quorum is?” Warnock asked.

Toone said membership is shy of 90, and that quorum is half of that, plus one.

“We have been getting quorum because we have been asking municipalities that it’s important that they show up,” she said.

Coun. Charlene Preston moved to receive the report for information, which carried unopposed.