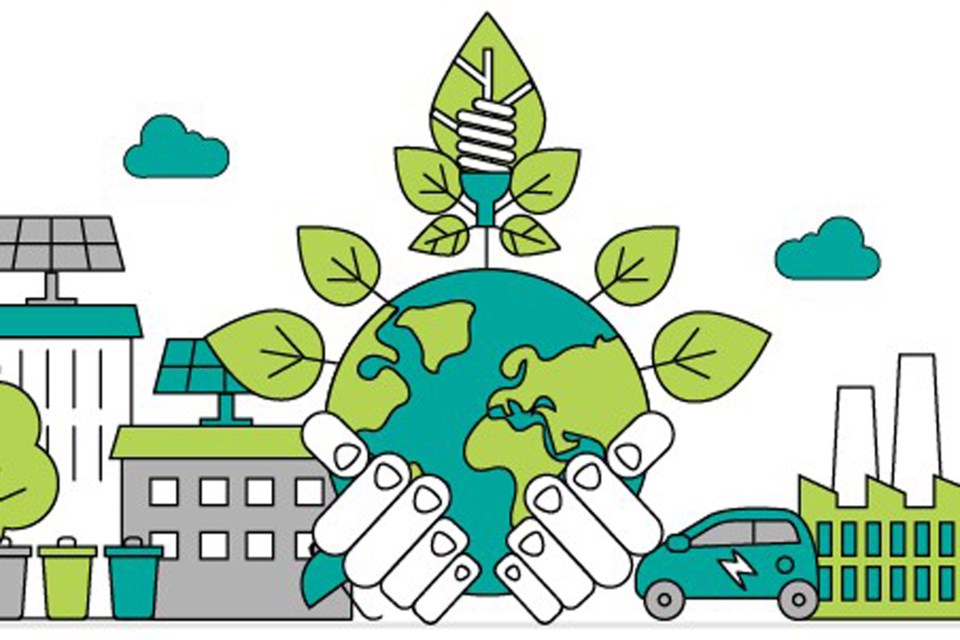 Non-profit organizations in Alberta can expect a carbon tax rebate program to help them complete energy efficiency upgrades to reduce costs of operating their facilities while reducing emissions, but the program has not yet launched. CAIF logo

SUNDRE - Non-profit organizations in Alberta can expect a carbon tax rebate program to help them complete energy efficiency upgrades to reduce costs of operating their facilities while reducing emissions, but the program has not yet launched.

Non-profit groups, as well as small- and medium-sized enterprises were previously eligible for funding through the former provincial government’s Energy Efficiency Alberta agency which has since been scrapped by the UCP. They will now be eligible to apply for the federal government’s Climate Action Incentive Fund (CAIF).

“In provinces that have not proposed a system that meets the federal standard for a carbon pollution pricing system, approximately 90 per cent of proceeds from the federal fuel charge are returned directly to individuals and households through Climate Action Incentive payments when they file their tax returns,” wrote Jenn Gearey, an Environment and Climate Change Canada spokesperson, in response to an email inquiry.

“Most of the remaining proceeds are returned through the Climate Action Incentive Fund,” Gearey said, adding the fund consists of revenue streams to support projects and measures undertaken by a range of recipients, including not-for-profit organizations.

However, not all of the programs are available yet. Details about all funding opportunities are posted on the CAIF website as they become available.

As of last week, two of three programs were accessible online — the small- and medium-sized enterprises (SME) project stream to support retrofitting projects in sectors including but not limited to building, transportation, industry, waste, and agriculture; as well as the municipalities, universities, schools and hospitals (MUSH) retrofit stream that provides assistance in undertaking energy saving and energy efficiency projects.

But the rebate stream -- which will offer support for small- and medium-sized enterprises as well as non-profit organizations in purchasing ENERGY STAR certified equipment, including but not limited to commercial kitchen appliances and water heaters -- is not yet available.

“We would welcome it,” said Ed Wicks, president of the Sundre West Country Centre, about the rebate program.

The centre provides, among other community benefits, an important social outlet for local seniors, and Wicks expressed a commitment to ensuring the facility is affordable to everyone, and that it does not become cost prohibitive, especially for those on fixed incomes.

“If our programs break even, I’m happy.”

So every available option that can shave a bit off the expenses of operating and upgrading the facility helps achieve that goal, he said.

When asked which he would prefer being given the option of -- the previous made-in-Alberta approach and the new federally imposed program -- Wicks candidly confessed that he had not been particularly keen on the former provincial government’s program.

“I wasn’t happy with it,” he said, adding he was astounded by what he said was the $12,000 cost of an assessment to have two consultants assess the facility over the span of a day.

Although that cost was borne by the government, Wicks was initially reluctant to proceed.

“I didn’t want to waste $12,000 of taxpayers' money,” he said, calling the program inefficient as well as a way for the government to pad its pockets.

But without the assessment, the non-profit organization would not have been able to apply for grants to upgrade the facility, so Wicks agreed to go ahead.

For the time being, he expressed cautious optimism about the new federal program, and looks forward to learning more about it.

“Hopefully, this new approach will be a little bit better.”

Sundre man convicted of sex crimes against underage girls
Apr 8, 2020 3:00 PM
Comments
We welcome your feedback and encourage you to share your thoughts on this story. We ask that you be respectful of others and their points of view, refrain from personal attacks and stay on topic. To learn about our commenting policies and how we moderate, please read our Community Guidelines.