Revenue shortfall has ORE already selling off assets
Dec 3, 2019 6:20 AM By: Doug Collie 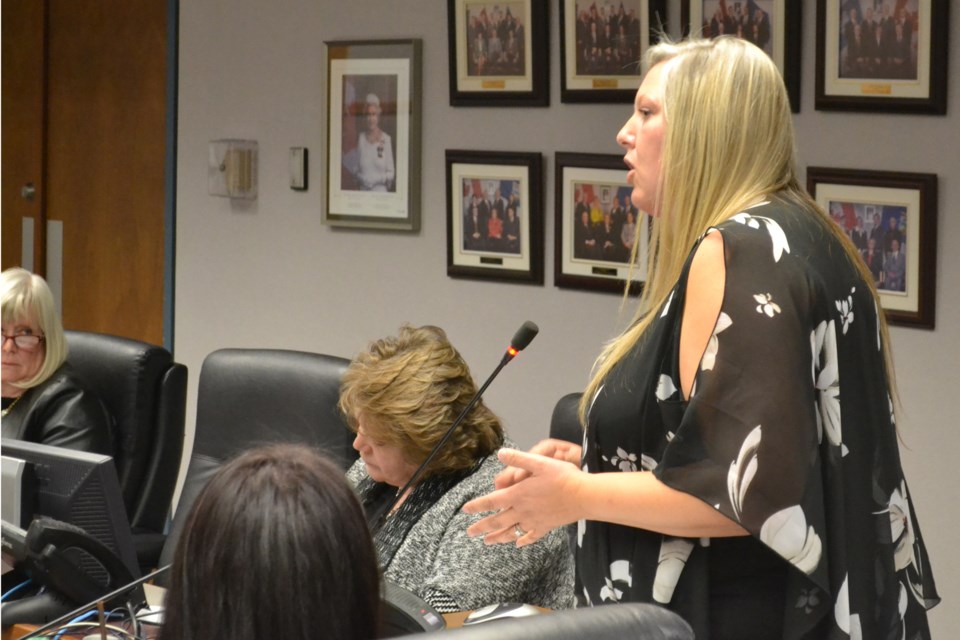 OLDS — The Olds Regional Exhibition (ORE) is asking town council for $100,000 a year or if not that, then to perhaps take over the operation of the agricultural entity.

If that doesn’t happen, then ORE will likely continue selling off assets until there’s nothing left, ORE executive director Tracy Gardner warned during a Nov. 25 council meeting. However, she later told reporters that total sell-off is likely a very last resort.

Council didn’t make an immediate decision on that ask. Gardner’s presentation was simply received as information with a view to further discussing it.

After Gardner finished her presentation and a few questions were asked during open council, the matter was further discussed behind closed doors for about half an hour.

When open council resumed, Mayor Michael Muzychka told reporters the ORE request may come up for discussion as early as council’s Dec. 2 policies and priorities meeting, but most likely during its Dec. 9 regular council meeting.

Muzychka conceded that $100,000 is a big ask, but “they’re a fantastic partner and have been for eons, so it’s something that we very much have to deliberate on.”

During her presentation, Gardner told council the ORE has existed for about 120 years, linking the town and the agricultural community and serving as an “economic driver” for both.

But she said a cost-revenue squeeze has forced the ORE to ask for help.

Gardner said ORE hasn’t received an increase in funding from the province since 1998.

Meanwhile, costs have skyrocketed, ranging from 282 per cent in repair and maintenance costs to a 1,225 per cent increase in costs for items like bedding and sand.

As a result, Gardner said it costs ORE about $3,300 a day to operate, but it can’t obtain that much in income.

She said over the years, ORE has done what it can to deal with that shortfall.

“We cannot trim staff any more unless we change some of the core operations that we do.”

Gardner said as part of the effort to cut costs, repairs and maintenance have been deferred to “a very scary state.” She noted there are lots of potholes on the entrance into the facility.

She said that’s also why ORE stopped hosting the fair and rodeo in town about 10 years ago.

“It wasn’t financially sustainable and it wasn’t a good revenue-generating model,” she said.

At the same time, Gardner said, ORE is facing severe competition inside and outside the community from businesses and organizations that are running various events that attract people who otherwise might attend events at their facilities.

Gardner said through the years, ORE has been a good partner for the town, donating land for things like the Sportsplex as well as ball diamonds and soccer pitches.

So she asked for two things: the $100,000 per year investment as well as for the town to be a partner of choice with ORE via a joint use agreement in order to attract and stage events at its facilities.

“If your answer to this is ‘no,’ then we would have a significant modified event production and venue access,” Gardner said. “It would mean that we would continue to sell assets until they are gone.

“We have the intellectual capital to deliver, it’s just that we don’t have quite enough money to do so,” she said.

During the open part of the meeting, several councillors focused on the fact the town and other entities in the community contributed toward construction of a commercial kitchen at ORE. The idea was that that kitchen would provide added revenue for the organization.

Gardner said on the one hand, people have utilized the kitchen, but ORE officials are disappointed that it hasn’t been used as much as it could be.

“If I’m being really, really honest, it has been a siege. And it’s been a siege because we don’t necessarily have great buy-in from community people – leaders and folks who have invested in the kitchen,” Garner said.

“So it’s been a hard sell. It’s been something that we feel we’ve had to defend every time we turn around. It hasn’t had a lot of champions.

“We feel that it’s doing some great work for us and it’s doing exactly what we had hoped. But the perception and profile of it has been difficult for staff.”

Activists call for racism action
Jul 7, 2020 2:30 PM
Comments
We welcome your feedback and encourage you to share your thoughts. We ask that you be respectful of others and their points of view, refrain from personal attacks and stay on topic. To learn about our commenting policies and how we moderate, please read our Community Guidelines.