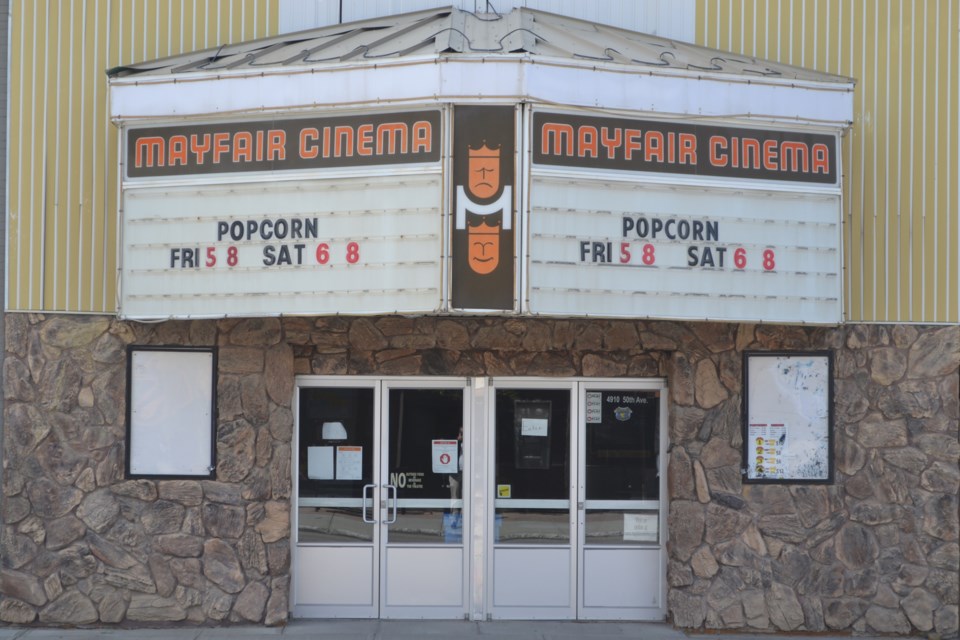 Theatre spokesman Dean Craig says Peter Rabbit 2 will show that night as well as for the next two weeks.

Further down the road, on June 25, they hope to show the new Fast & Furious movie.

Under Stage 2 rules, as of June 10, theatres are among the indoor recreation and entertainment venues allowed to re-open, as long as they do so at one-third of fire code occupancy.

Craig says that will be a challenge for the theatre financially as Mayfair Cinema only has 245 seats.

That said, he’s looking forward to that opening.

“Hopefully everybody does their due diligence by following all the rules and gets their vaccination shots that we can be open and make it permanent,” Craig said during an interview.

“Right now, we have chatted and I have checked with our movie association about what other places are doing. We’re going to open June 11 and just pretend it’s normal and hopefully stay open forever.”

Lockdowns and restrictions brought about by the COVID-19 pandemic have been rough on Mayfair Cinema, along with many other businesses throughout Mountain View County.

The company employs five or six workers – all part-time. There are usually only a couple working on any given day or evening.

"I think between now and opening, we still have to kind of figure out if we have to have extra staff to ensure the social distancing part of it, because yet that is unclear,” he said.

"At least we’re opening the doors and getting people in, entertaining the public (who haven’t been able to attend a movie in a theatre for many months).”

Mayfair Cinema has been independently owned and operated since 1987.