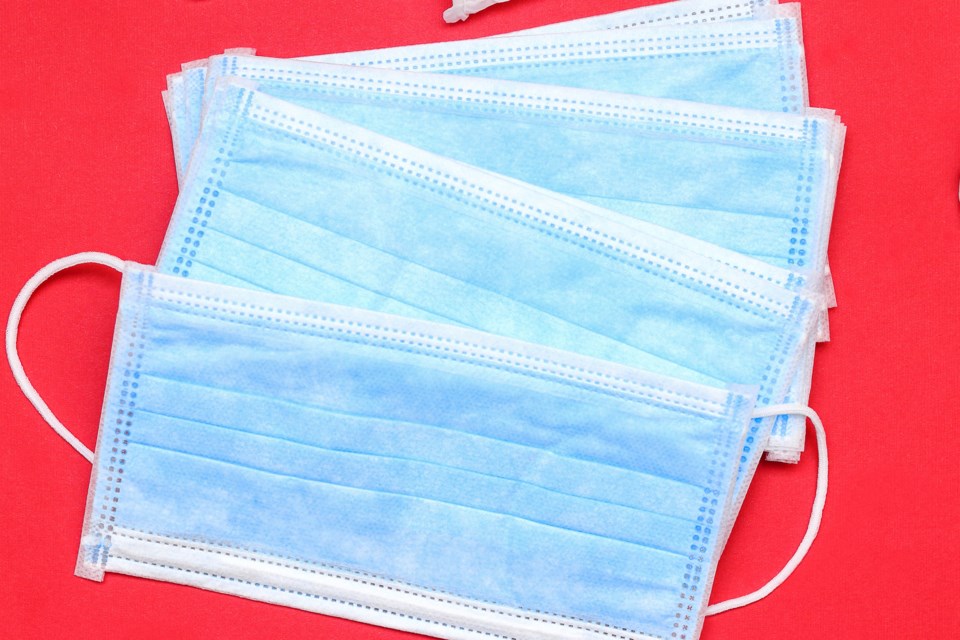 On Wednesday, Town of Olds council plans to further discuss a bylaw mandating mask use in certain circumstances. File photo

OLDS — A controversial Olds bylaw that would make masks mandatory in all buildings owned or leased by the town as well as in “public indoor spaces” or “public vehicles” is up for further debate and possible passage on Wednesday, Nov. 25.

Originally, the bylaw was up for possible passage during today's (Nov. 23) council meeting.

The bylaw was given first reading, just to get consideration underway. However, further discussion was postponed to Wednesday because Town of Olds Mayor Michael Muzychka said so many people wanted to have input that they couldn't all come into the council chambers. So the matter will come up in a meeting Wednesday via Zoom.

During Monday's council meeting, Muzychka said he had about 200 emails both for and against the bylaw.

It would come into effect when at least 10 active cases of COVID-19 have occurred in town, as reported by Alberta Health Services.

It would remain in effect until the number of cases falls below 10 for at least 30 days or a watch designation is rescinded, whichever is later.

As of the end of day Nov. 22, Olds had 11 active cases, according to the province's relaunch status map.

The proposed bylaw was up for discussion and passage during Monday’s (Nov. 23) council meeting. It was possible that the bylaw could have received all three readings, at which time it would come into law immediately after being signed by the mayor and chief administrative officer Michael Merritt.

As the bylaw is currently drafted, the emphasis would be on warnings and education. Bylaw officers would issue warnings to offenders when necessary. However, if warnings don’t seem to work, offenders could be ticketed.

Administration's background information on the bylaw says businesses are not expected to deny services to customers but are required to inform them about the bylaw.

"The primary responsibility for a business would be having customers be made aware of the bylaw and having their employees wear masks as required by the bylaw," community services director Doug Wagstaff wrote in an email.

The bylaw includes a long list of exemptions, including children aged nine and under, and anyone who has temporarily removed their mask to participate in an athletic or fitness activity.

Also exempted are people with a medical condition or disability that that makes it difficult for them to safely wear a mask.

People who are actively consuming food or drink in a restaurant or bar are also exempted, as are schools or post-secondary institutions such as Olds College or businesses providing daycare.

People involved in emergency or medical assistance are also exempted, under the proposed bylaw.