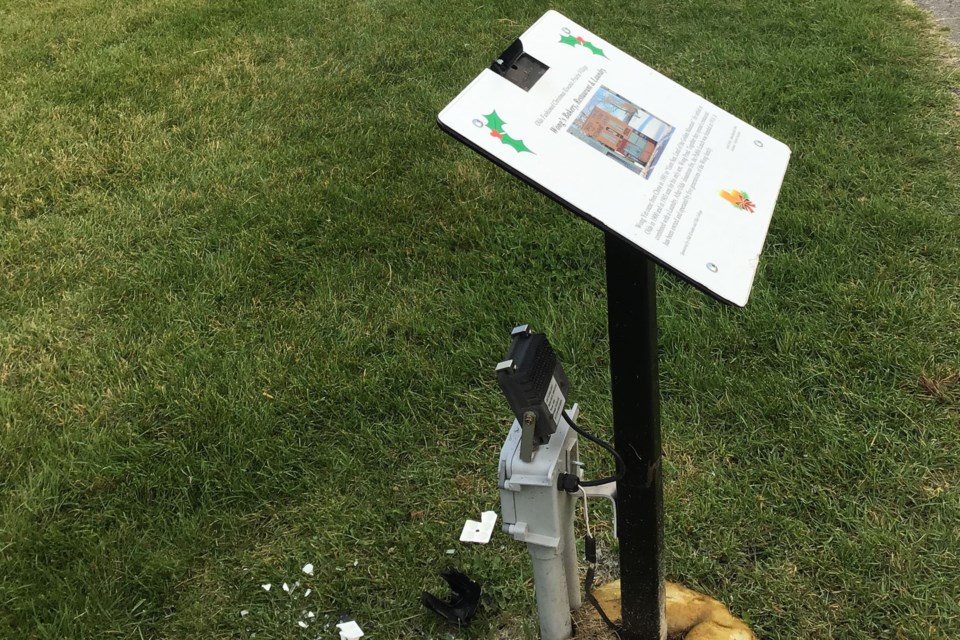 A look at one of the solar lights vandalized in Centennial Park in Olds. Photo submitted

OLDS — RCMP are asking for your help in regard to vandalism that occurred in Centennial Park.

Police say every solar light along the walking path in the park was smashed out during the night of Sept. 18.

“The lights were placed alongside the path, so residents can enjoy a safe walk and the information plaques when it is dark outside,” a news release says.

“It is a shame someone damaged the lights along the path and RCMP would like to determine who is responsible for the damage.”

Che Dwight Kjorsvik-Osterhout, 36, was arrested and charged with mischief under $5,000 in connection with several incidents of graffiti that occurred in Centennial Park and elsewhere in Uptowne Olds between Sept. 18 and Sept. 23.

However, police say he is not a suspect in this case.

“That’s already been investigated and no he is not a suspect in this occurrence,” Olds RCMP Cpl. Courtney Harding wrote in an email.

If you want to remain anonymous, contact Crime Stoppers by phone at 1-800-222-8477(TIPS), via the internet at www.tipsubmit.com, or by SMS (check your local Crime Stoppers www.crimestoppers.ab.ca for instructions.