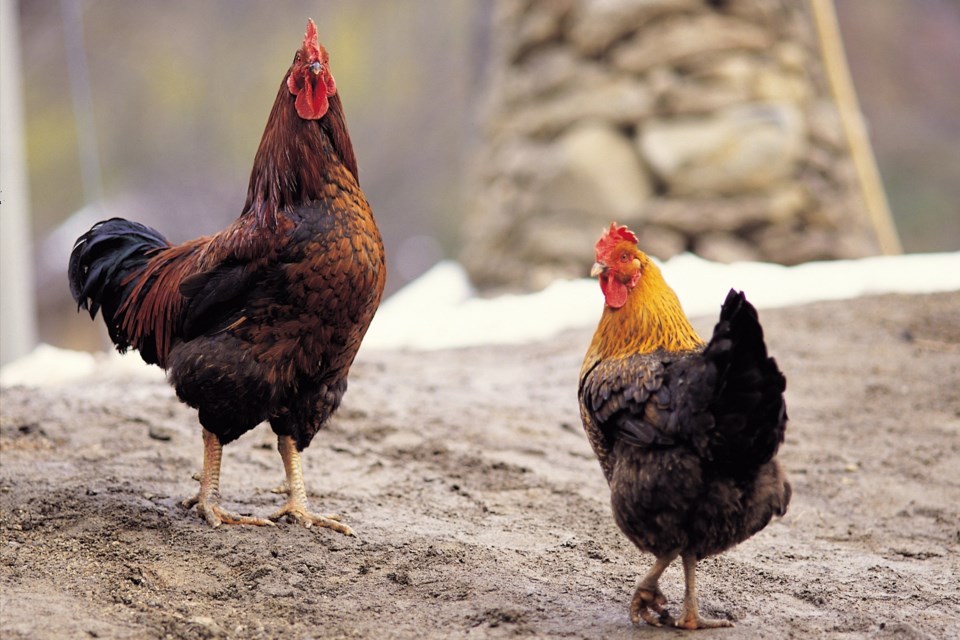 Currently raising chickens in Olds is regulated under the noise and nuisance provisions of existing bylaws. An upcoming survey will seek input on regulating them through a new, comprehensive animal control bylaw. File photo

OLDS — Town council has approved the wording of a survey to get resident’s opinions on regulating animals in town.

It’s a step toward creating what the town calls “a new, comprehensive animal control bylaw.”

Councillors got an initial look at the survey during their June 6 policies and priorities meeting and made some suggestions for changes which administrative staff followed.

The revised survey was brought to council’s July 13 meeting.

During the policies and priorities meeting it was announced that the survey would be held from Aug. 5 to Sept. 15 online, by phone and via printed questionnaires.

That schedule called for the resulting data to be analyzed during the last couple of weeks of September.

After that, a report and recommendations would be presented during council’s Oct. 5 policies and priorities meeting.

As requested, the new version of the survey does not ask for any input on cats, which, the town notes are already regulated, along with dogs.

Rats are no longer mentioned as a possibility either.

The range of animals listed as possibilities to be raised/kept in town was cut.

The possibility of raising “urban” chickens remains a strong focus of the survey.

For example, respondents will be asked for their thoughts on whether:

•  there should be limitations on how many chickens can be kept in enclosures,

• there should be limitations on coop size,

• there should be a prohibition on the sale or slaughter of chickens.

Respondents are also asked for their thoughts on whether those raising animals should be required to take a course on an animal welfare.

Another question asks whether those planning on raising chickens and who share a property line with a neighbour should obtain approval from that neighbour to do so.

Lutz said a question on the reasons for owning chickens was removed.

“The feedback I got is, ‘if I’m selling eggs or meat, I’m not telling you that,’” she said.

The survey also points out that currently residents are allowed to keep beehives in their backyards, provided they comply with provincial laws on doing so.

Respondents are asked for their thoughts on how town officials should regulate that practice.

Lutz said an overall effort was made to “plain language” the survey so it’ll be easier for residents to understand.

And she stressed that the “engagement plan” (effort to get public input) will be tweaked if necessary.

“An engagement plan is a plan, so they’ll be things that we learn going along the way and if adjustments need to be made to that plan we will definitely do that.” Lutz said.

“I’d like to say thank you very much for listening to our concerns and I really think the survey is so much better now,” Coun. Mary Jane Harper said.

“I think there’s enough general questions that I think that you will have people responding quite adequately in it.”

Other councillors echoed that thought.