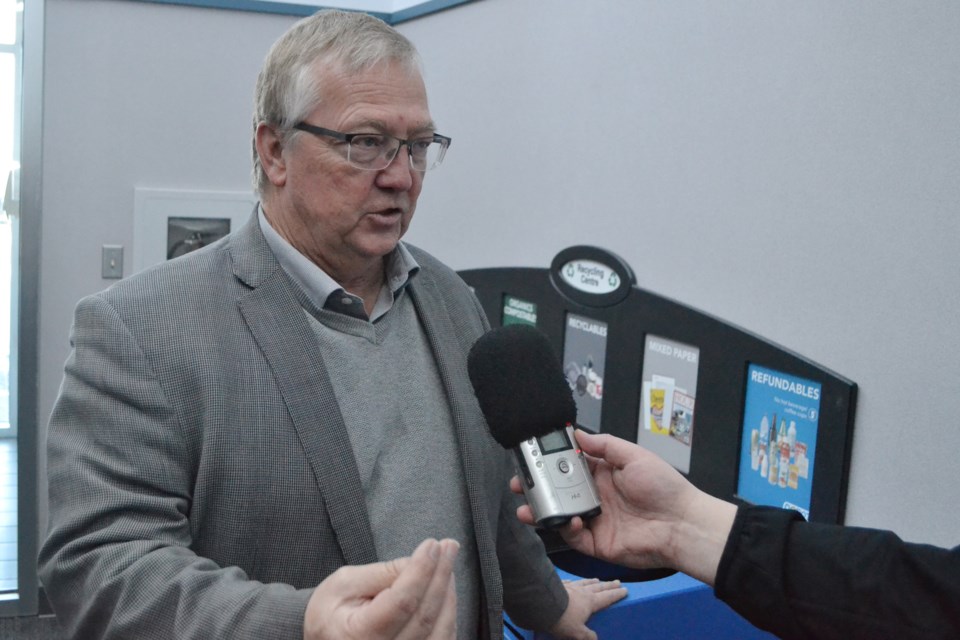 Currently, the deadline for the federal government to make that decision is Feb. 28. If built, the mine would be located near Fort McMurray and is expected to create about 7,000 jobs during construction and employ up to 2,500 workers once in operation.

Federal Environment Minister Jonathan Wilkinson has suggested the cabinet may need more time to make that decision. Also, when speaking to reporters in Calgary, federal Finance Minister Bill Morneau didn’t rule out that possibility either.

Speaking to reporters in Olds, on Feb. 10, Dreeshen said he’s hoping hints of postponing the decision are just a “trial balloon” to see how the public responds to that idea.

If that’s the case, Dreeshen said the feds may want to rethink that idea.

He said postponing the decision on the project could anger Albertans, including Aboriginal communities in favour of it.

He said previous efforts to postpone tough decisions on energy projects such as the Trans Mountain pipeline expansion project (TMX) resulted in Kinder Morgan, the company that originally proposed that project, giving up on it, selling it to the federal government and concentrating on projects in the U.S.

He pointed out the same thing happened with the proposed Energy East pipeline. He also noted the federal government scrapped the Northern Gateway pipeline even though it had been approved.

He noted several Aboriginal leaders and communities have expressed support for the Teck Resources project.

“We’ve got to get that message (out). And Morneau has to hear it,” Dreeshen said.

He reiterated previous statements by Conservatives that oil and gas produced in Alberta is created in a far more environmentally-conscious way than that produced in other countries like Saudi Arabia and Nigeria and shipped to Canada.

Dreeshen also praised Alberta Premier Jason Kenney for his efforts to persuade Quebecers of the benefits of obtaining natural gas from Alberta for that same reason.

“Everything that goes through, they have to add more and more hoops for it to go through. They keep moving the goalposts all the time,” Dreeshen said.

“And that’s the reason why hundreds of billions of dollars of investment has already left and is going to end up – to say ‘hey, we have to find some other places to invest,’ because it’s not like the world isn’t going to have oil and gas. It is.”

It’s been reported that some members of the federal cabinet are urging the government to reject the Teck Resources project because they can obtain more votes in Central Canada – specifically Greater Toronto -- by doing so, and lose little in Alberta and Saskatchewan because voters here tend to vote Conservative anyway.

Dreeshen is hopeful that argument won’t sway the government. He said that would not be “in the best interest of the country.”

“If we simply say, ‘it doesn’t matter, that’s what you guys want, that’s what we’ll have so we can get more numbers there,’ then we aren’t doing the best for the country,” he said.

“And that’s why I think we just have to get there; let them understand that a lot of the things that they have been presented with are not in the best interests of building schools, building hospitals, having strong safety nets in this country.

“I think if that message comes through, that that would be the kind of government that I would like to see, and hopefully those numbers would come around.”