Bottling up anger can lead to depression, says former farmer

Lutheran pastor lost everything due to depression; now he has a life again
Nov 21, 2020 5:00 PM By: Doug Collie 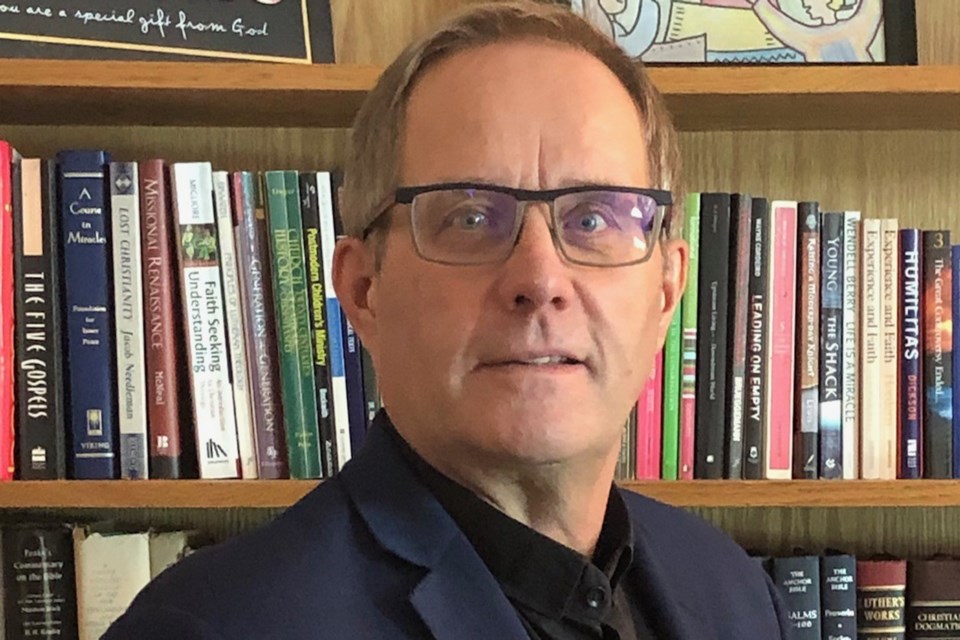 Collin Millang suffered for years from depression but didn't know it until his life fell apart. Now he's doing well. He's remarried and serving as a Lutheran pastor in Hanna. Submitted photo

OLDS — All his life, Collin Millang wanted to be a farmer.

And for many years he was very successful. In the mid-1980s, the hog farm he and his dad ran near Camrose was named one of the top 20 hog farms in Alberta for four straight years.

Then, it all started to go wrong.

There were upturns. For example, in 2000, Millang was named the Alberta SPCA Farmer of the Year.

But in 2005, he lost the farm altogether. Creditors got their money out, and Millang and his wife were left with nothing. And their marriage ended.

Millang felt very humiliated -- and perhaps worse, very guilty -- because he had lost the family farm.

At first, he thought all those horrific things are what led to his depression.

But in hindsight, he discovered he’d been depressed long before then and that conversely, his depression may have had a hand in what happened to him.

Now he wants others – especially men, because statistics show they’re more prone to depression – to pay close attention to their feelings and to not bottle up anger and frustration, because that can lead to depression.

“If you’re seeing that your farm can’t survive, don’t stick your head in the sand. Like, if the writing’s on the wall, actually take that seriously," he said during an interview.

“And take depression seriously because it can – if depression gets a real hold on us, it can – it cost me greatly.

“Like it cost me significantly to my mental health, emotional health, physical health, to relationships and financially – just because I didn’t take it seriously, but then also didn’t know.”

The divorce and struggles on the family farm were also very hard on their three children.

"My oldest daughter is a psychologist. She admits that if she hadn’t gone through that level of pain she wouldn’t be a psychologist,” Millang said.

“My other daughter is a pediatric nurse in the Stollery Hospital in Edmonton. And there again she acknowledges that the hard stuff that she went through in our family has made her a better nurse.

“And my son who was 13 at the time is a heavy duty mechanic. And he has a really good balance between work and play which is something that I didn’t have. Like me, all I knew was work.

“So they’re good today, but they carry the scars from it.”

Millang was so depressed that he had difficulty getting a job for a while. He finally did land one picking up garbage at a truck part business. That eventually led to selling used truck parts, a job which went well for him.

He became a Lutheran pastor and now serves in Hanna.

And he got remarried six years ago.

“I have a really good life. And something that I like to say to farmers is that there’s life after farming, and it’s not bad,” he said.

“You see for us as farmers, we just can’t imagine ourselves doing anything different. Know that there is life after farming and it’s a good life.”

Millang is one of several speakers for the Conversation Has To Happen, an annual conference for people affected by suicide and depression.

Normally that conference is held one day each fall in one room. However, due to COVID-19 pandemic protocols, it’s being held from Nov. 16-27 on two local radio stations: 96.5 CKFM and Rock 104 after the 10 a.m. news and in a series of stories in The Albertan newspaper.