Railway projects in Innisfail have ‘hit a bit of a snag’ 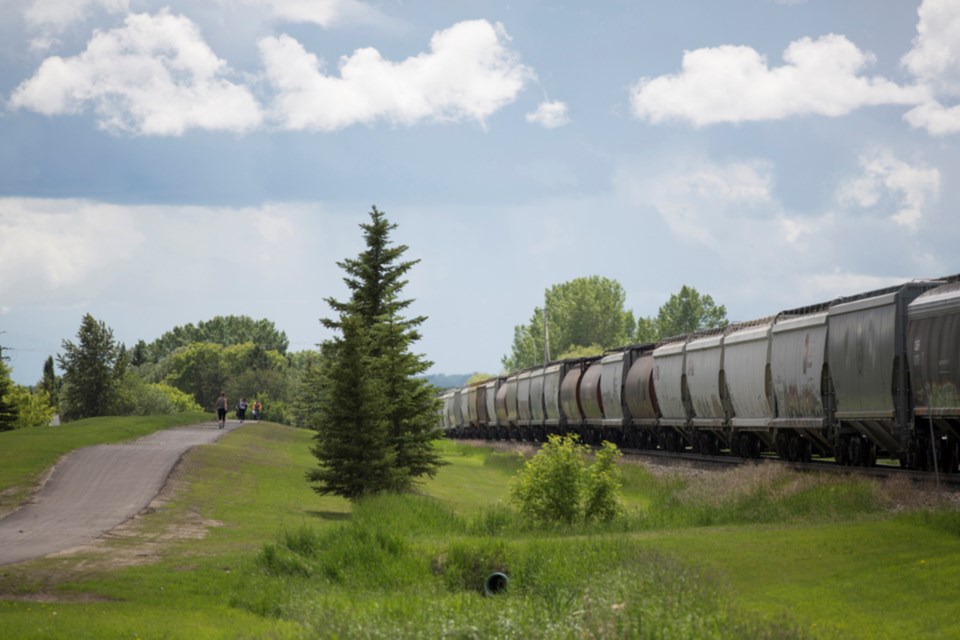 The town is waiting for a response from CP Rail when the work for the council-approved crossing and whistle cessation projects will begin. The town approved both projects last fall and has set aside funding but the design work and time estimates are in the hands of CP. File Photo/MVP Staff

INNISFAIL – The town has become anxious about when the work for CP Rail’s new pedestrian crossing and whistle cessation projects will begin.

Steven Kennedy, the town’s director of operational services, told council on March 15 that both projects have “hit a bit of a snag” where the town has not had “much progress".

“We continue to inquire with CP Rail in regards to getting an update and get progress on that. We are just plugging away. That is the only update I have unfortunately for that one,” said Kennedy.

Coun. Gavin Bates, who has been outspoken about getting the whistle cessation project moving and completed, wanted more details about what was left for CP to begin the actual work.

“I would like to see that as top priority because it was brought up a little bit ago. I don’t want to miss getting on it as soon as the ground is thawed and we can actually do something,” said Bates.

“Do we need to do the crossing to get whistle cessation? Is that a precursor?”

Kennedy said it was not a precursor but there was an upgrade at 42 Avenue that had to be done and that is “where we are stalling".
“They (CP) are the only ones that do the designs,” said Kennedy. “We just can’t get that final design and cost. We came into this with their estimates.”

Bates replied by insisting the town should “keep on it” as much as it can.

“At least make sure they (CP) know there is one on council really wants to see the whistle cessation as soon as possible because of the frequency of the trains,” he said.

Town council unanimously approved a motion at it regular meeting on Nov. 23 to move forward with both initiatives. The town is expecting to spend $75,000 to end train whistles (horns) through town at seven different crossings.

Last fall, council was told construction of the rail crossing and pathway is anticipated to begin this June and completed in August, while the train whistles will end in town once final notifications are completed to all relevant associations or organizations and Transport Canada's Safety Directorate headquarters.

The controversial rail safety issue has been festering in the town since late 2018, with it reaching a crisis point in the late spring of 2019 when CP Rail officials attended local schools to urgently address their concerns to the young.

Local RCMP and Town of Innisfail officials, as well as parents, were increasingly alarmed at the growing numbers of high-risk activities, including games of "chicken" with trains, reported around the well-used, unregulated White Rock Crossing, just west of the Innisfail Schools Campus near the intersection of 52nd and 54th avenues.