A film co-written and directed by former Olds resident Tyler MacIntyre will be shown this Sunday, Oct. 27 at the Mayfair Cinema. The film, called Tragedy Girls, will be shown at 3 p.m., presented by the Mountain View Film Group.
0
Oct 22, 2019 10:10 AM By: Doug Collie 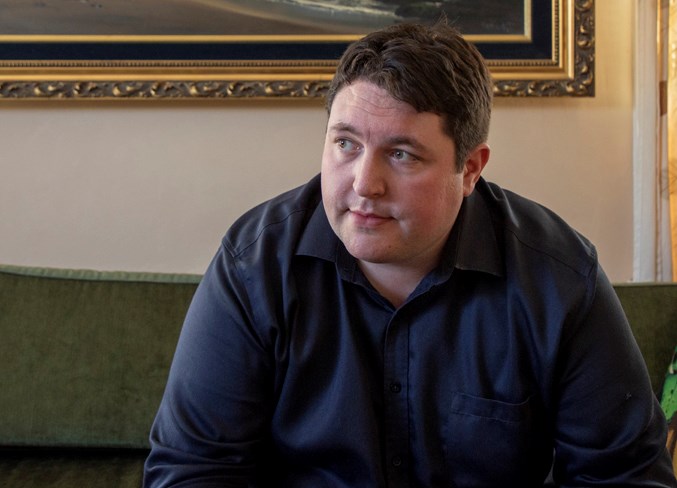 Tragedy Girls, a film directed and co-written by former Olds resident Tyler MacIntyre, will be shown this Sunday, Oct. 27, 3 p.m. at the Mayfair Cinema, presented by the Mountain View Film Group.

A film co-written and directed by former Olds resident Tyler MacIntyre will be shown this Sunday, Oct. 27 at the Mayfair Cinema.

The film, called Tragedy Girls, will be shown at 3 p.m., presented by the Mountain View Film Group. It's been described as a comedy-horror-thriller.

MacIntyre is hoping to be here in person from Los Angeles for the showing. During an interview, he described the fact his film is being shown there as "really exciting." However, at that time, he wasn't sure it would be possible for him to make it for the showing, as he has other commitments.

MacIntyre, 35, grew up in Olds, the son of a retired Olds College employee.

He has fond memories of the Mayfair Cinema.

"I grew up watching movies in the Mayfair Cinema. That's kind of where I sort of fell in love with what I ended up doing with my life," he said. "I've always loved that theatre and I have a lot of great memories there so I'm excited that it's going to be playing there."

MacIntyre says the film is more than just a horror-comedy.

"It's really like a high school film that has a bit of a slasher kind of a story behind it," he said. "But it's definitely a subversive take on what you would normally see as a teen horror film. I mean, it's mostly comedy. I would say it's 60-40 comedy-horror."

It features one Canadian actor, Kevin Durand, formerly of Thunder Bay, Ont.; and it was created by a whole slew of Canadians behind the camera, including MacIntyre and co-writer and friend Chris Lee Hill, originally from Fort St. John, B.C.

Other Canadians involved in the project include editor Martin Pensa, formerly of Montreal who was  nominated for an Academy Award for Best Achievement in Editing for The Dallas Buyers Club; and cinematographer Pawel Pogorzelski, also previously from Montreal, who is perhaps best known for his work on the movie Midsommar.

MacIntyre was asked if thrillers or horror movies are his favourite kinds of films.

"I'm not crazy about thrillers. I read a quote somewhere — I'm kind of paraphrasing — thrillers are like horror movies without the punchline. Whereas, I do enjoy horror films. I think there's a lot of freedom," he said.

"There's like this perception that they're more — when we make them independently they're kind of a safer bet financially, which you're always looking for in this sort of industry, when business models can be kind of fickle."

Tragedy Girls is the second full-length feature film MacIntyre has released. It came out within about six months of his first horror-comedy film: Patchwork. He said that film was available on Netflix up until May, but can still be seen on Amazon.

Since then, MacIntyre has been working on several other projects.

MacIntyre said like actors, he too likes to stretch his creativity, to explore other genres.

"And we've written a western, and things like that, to develop some other avenues. We have an action comedy that's in the works; some things like that to try out different elements."