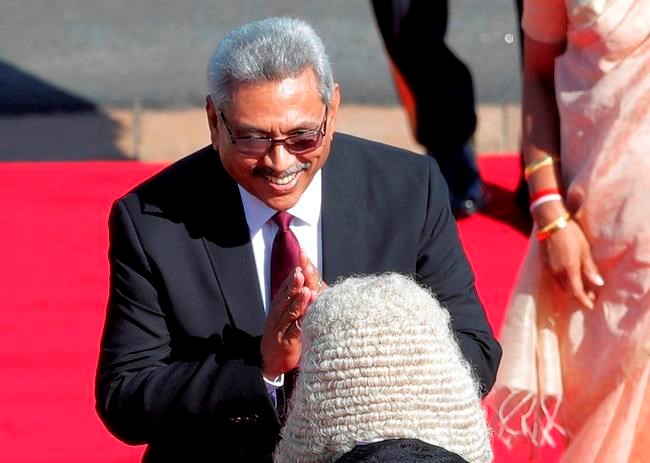 COLOMBO, Sri Lanka — Sri Lanka's president dissolved Parliament ahead of schedule on Monday and set new elections for April in which he aims to secure a strong majority allowing him to push for changes to increase presidential powers.

The dissolution ordered by by President Gotabaya Rajapaksa came six months before the parliamentary term was scheduled to end and his decree said elections will be held on April 25.

Rajapaksa was elected to office last November but has said he cannot work freely because his powers had been reduced. He has also faced restrictions because the opposition commanded a majority in the 225-member Parliament.

The election campaigning period will include the first anniversary of a series of Islamic State-inspired suicide bombings on Easter Sunday last year that killed more than 250 people last year in churches and tourist hotels.

Rajapaksa rode to power criticizing the previous government for serious security and intelligence lapses that preceded way the bombings. It was the worst violence in Sri Lanka since the country's 26-year civil war ended in May 2009.

changes initiated by Rajapaksa's predecessor, Maithripala Sirisena, reduced presidential powers, giving them to the Parliament and to independent commissions.

Rajapaksa needs two-thirds parliamentary support to pass any changes to the constitution.

Champion Ken Jennings will be first interim 'Jeopardy!' host
Nov 23, 2020 5:12 PM
Biden's choice for UN envoy signals return to US engagement
Nov 23, 2020 5:06 PM
Comments
We welcome your feedback and encourage you to share your thoughts. We ask that you be respectful of others and their points of view, refrain from personal attacks and stay on topic. To learn about our commenting policies and how we moderate, please read our Community Guidelines.