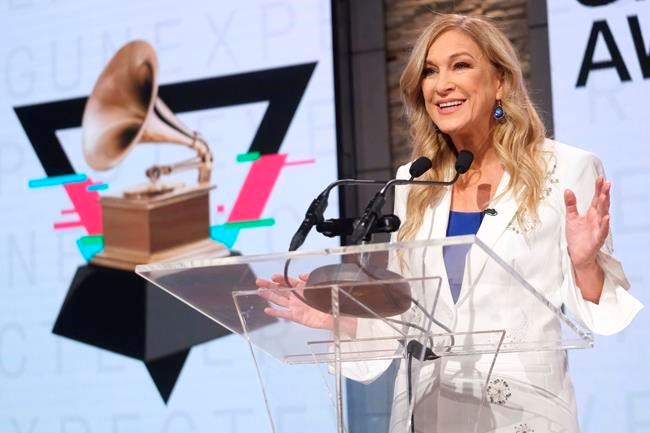 LOS ANGELES — The Recording Academy on Monday fired Deborah Dugan, its former president who called into question the integrity of the Grammy Awards nominations process and said she was sexually harassed by a top lawyer for the organization, which she called a boys' club that coddled and powerful men.

The academy said the decision was reached after “two exhaustive, costly independent investigations” about Dugan and her allegations. It said the reviews found “consistent management deficiencies and failures,” though no specifics were offered.

Dugan had been on administrative leave since mid-January, when she was ousted amid a complaint about her treatment of a longtime Recording Academy employee. Dugan had also raised several issues about the way the organization ran and accused its top lawyers of acting inappropriately toward her during a business meeting, which she detailed in a discrimination complaint filed with the Equal Employment Opportunity Commission.

Dugan's attorneys Douglas H. Wigdor and Michael J. Willemin said in a statement that the academy's decision to fire her and immediately notify media outlets "further demonstrates that it will stop at nothing to protect and maintain a culture of misogyny, discrimination, sexual harassment, corruption and conflicts of interest."

“The decision is despicable and, in due course, the Academy, it’s leadership and its attorneys will be held accountable under the law,” the statement said.

Dugan’s ouster played out days before the academy's most important night, the Grammy Awards, a ceremony that made no mention of her or her allegations of a rigged voting process for some of the ceremony’s top awards.

The academy said it had engaged in some settlement discussions with Dugan but opted to fire her instead, and will begin the search for a new CEO.

“We could not reward her with a lucrative settlement and thereby set a precedent that like hers has no consequence,” the academy’s executive committee wrote in a letter to members. “Our members and employees, and the entire music industry, deserve better than that.”

Dugan's EEOC complaint alleged that Joel Katz, an influential music attorney and the academy's general counsel, tried to woo her romantically and attempted to kiss her against her wishes during a dinner last year that had been presented as a business meeting. Katz said he “categorically and emphatically denies her version of that evening.”

Dugan said her ousting was also retaliation for calling out the culture of the academy, saying she learned as CEO that her predecessor, Neil Portnow, had left the post over a rape allegation, yet she was still expected to give him a lucrative consulting position. Portnow said Dugan's assertions were “false and outrageous” and that he had been “completely exonerated” in an investigation.

The academy said Monday that it had conducted exhaustive investigations of the complaints made by Dugan and those made against her by others, including the academy's Director of Administration Claudine Little, who said Dugan had been abusive and bullying as a boss, which Dugan denied.

“The investigation overwhelmingly confirmed the serious complaints that had been lodged against her by a multitude of academy staff members," Tammy Hurt, vice chair of the academy's National Board of Trustees, said in a statement. "The damage she has caused this organization is truly heartbreaking.”