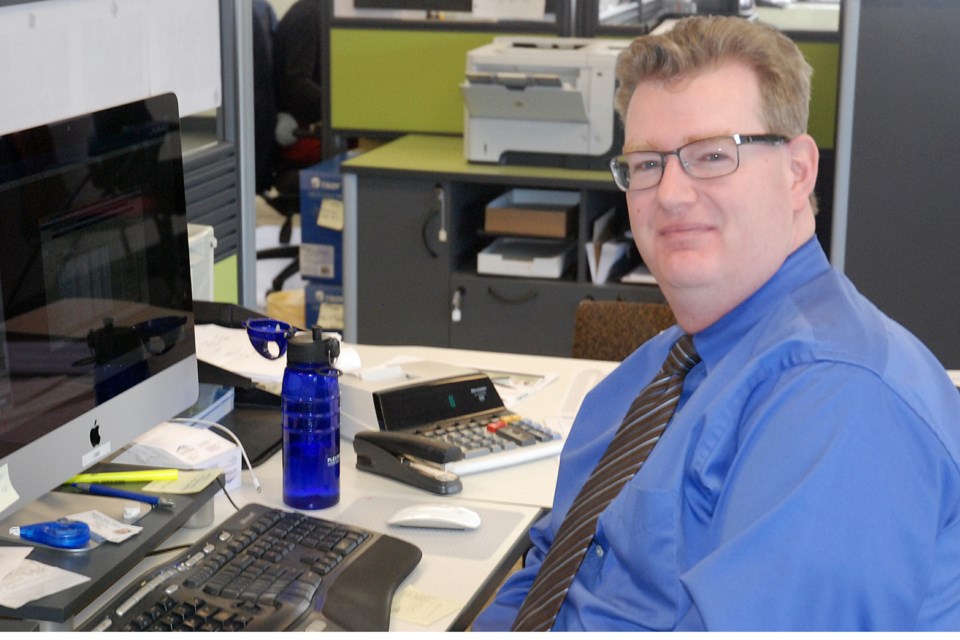 Chris Albert, the Town of Sundre's director of corporate services, told council during the regular March 22 meeting that revenue shortfalls in 2020 were in large part offset by vacant department positions, unexpected stimulus grant funding, as well as reduced operational costs from municipally-owned facilities that were closed because of COVID-19. File photo/MVP Staff

SUNDRE — Although the Town of Sundre has not escaped the pandemic unscathed, COVID-related revenue shortfalls have been substantially offset by reduced operational costs and stimulus grant funding.

Council heard during the regular March 22 meeting conducted by teleconference a report from the municipality’s director of corporate services, who presented a breakdown on the 2020 fourth quarter financial statements.

“COVID-19 had some very bad effects on both the community as a whole and on our financials,” Chris Albert said during a roughly 40-minute presentation.

“It had some good effects as well, though,” he added.

The two primary factors that played a role in offsetting lost revenues were unanticipated grant funding from the provincial government as well as the forced closure of municipally-owned amenities such as the Sundre Arena and the Sundre Community Centre, he explained.

“We actually saved quite a bit on operating costs for those facilities.”

“There are three vacant — or partially vacant — positions.”

The legislative clerk as well as a position in the community services department remained vacant throughout 2020, while the planning and development director is currently a part-time position, he said.

“Those three vacancies within the various departments, account for some of the surplus that we’re seeing.”

Prior to Albert’s presentation, members of council had the opportunity to submit questions. Among the queries he received in advance sought an explanation as to why the town’s bank accounts were no longer labelled.

“In the cash statement report, there is a list of somewhere around 25 or 30 bank accounts,” he said.

Albert told council those roughly 30 accounts are only bank balances, or money on hand.

“We’re going to consolidate them down into probably about seven bank accounts, which is the most that we’re going to need.”

The move essentially boils down to making more efficient use of funds to generate more investments through bonds and GICs, he said.

“It’s just better use of our funding. If our money is in a more consolidated state, there’s less banks fees (and) more interest. Better use of cash is really what it comes down to.”

During a follow-up phone call with Albert, he said the town ended up with a much larger surplus than usual.

“Municipalities are legally bound not to budget a deficit. If because of (unforeseen) factors we run a deficit, that’s allowed. But we have to correct it,” he said.

Year-end surpluses have in recent years amounted upward in the ball park of $200,000.

“Once we take into account operating (expenses) and what we have to do for debt repayment and what we’ve budgeted to put away for the restricted surpluses — we do have a surplus of approximately $900,000, which is significantly bigger than the typical $200,000 to $300,000 that we normally have in a year,” he said.

Of that surplus, the vacant positions accounted for a little more than $200,000, he said.

"Total salaries were under budget by $200,353," he wrote in response to emailed questions.

The town had for 2020 budgeted an operating surplus of $1.3 million. But the year-end actual turned out to be a little more than $2.2 million, he said, citing as the main reasons for the variance aforementioned factors like vacant department positions, unexpected grant funding as well as reduced operating costs from facilities that were closed because of COVID-19.

The ideal goal is to maintain a minimal operating surplus to leave more money in people’s pockets, he added.

As outlined in the background information in council’s agenda package, the town had as of Dec. 31, 2020 a cash balance of roughly $1.7 million in its operating account, which represented a $1.2 million decrease over the previous quarter’s end balance.

“We collect pretty much all of our money in Q2,” he said during the follow-up phone call.

“We’ve got about a $3.5-million operating budget. So, it is pretty typical that we go through about $1 million a quarter.”

The background in his package to council also reported approximately $860,000 in investment accounts as well as $6.3 million in restricted surplus accounts, for a total holdings of just less than $8.9 million.

The 2020 fourth quarter financial statements that compare budgeted amounts with actuals are available in full on the town’s website in the agenda package for the March 22 meeting.