Get familiarized with roles and responsibilities, discuss with family, says Terry Leslie
Jan 16, 2021 9:00 AM By: Simon Ducatel 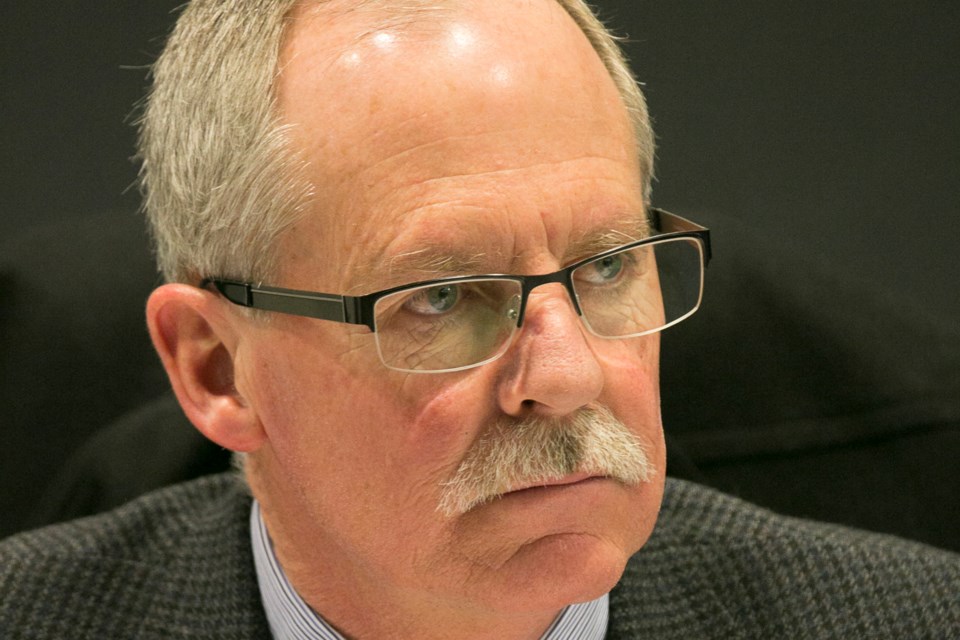 Sundre's mayor Terry Leslie said he does not intend to seek another term in the upcoming municipal election, but did not immediately discount the possibility of running for a regular council position. File photo/MVP Staff

SUNDRE — The town’s mayor, who said he does not intend to seek re-election, offered some pointers for anyone considering a bid for council in Alberta’s upcoming municipal elections this October.

“The advice that I would give would be to prepare — get a sense of what the role entails,” Terry Leslie said during a phone interview.

Becoming familiar with official expectations and responsibilities is not limited only to reading pertinent council bylaws and legislation. Also important is having conversations with administration as well as members of council who have sat at the decision-making table and know about some of the issues from the past term as well as the hurdles ahead, he said.

“There are lots of challenges that will be faced by municipalities around the province, and certainly ours is no different,” he said.

But challenges can also present opportunities, and the municipality has over the last few years not only developed a sound financial framework, but also identified critical infrastructure projects in the 10-year capital plan. This will help provide a measure of predictability and ensure a smoother transition moving forward, he said.

Additionally, the mayor suggested potential candidates consider talking with people in the community about what the municipality’s future should look like.

Running for council presents a chance for candidates to consider their core values and look at what they’ve seen and appreciated in the community, as well as perhaps where they might see room for improvement, he said.

“We all serve because we want to give back. And that’s an opportunity to bring your personal feelings about how to move the community forward,” he said.

“There’s a leadership saying: if not you, then who?”

Progress, he said, depends on people who are willing to step up and get involved.

“You don’t change things by sitting back and saying, ‘Well, somebody else should meet my expectations and do something!’” he said.

“If you’re living life with expectations of others, you’ll be continually disappointed.”

The past year has prompted society as whole to reflect and refocus back on a lot of the basics, he said.

“We have that opportunity to be the new pioneers, and to go forward into the future making things better for our children and grandchildren — and who wouldn’t want to be a part of that?”

But results require no shortage of time and effort, and although a council position is technically part-time, successful candidates should be prepared for some long hours, he said.

“If you’re going to be serious about it, you almost need to be available virtually all the time.”

For example, even during a family holiday, Leslie said he would on a near-daily basis spend as many as a few hours on the phone fielding calls.

Asked what in his experience as mayor was most challenging, he said, “You don’t get into this business if you don’t care. And when you care, you take the criticism and the judgment personally — and that is the biggest struggle that you have.”

In turn, that kind of pressure typically extends to affect one’s family as well, he said.

“You don’t go into it without realizing and recognizing that there is an impact to you and your family.”

Taking sides when controversial decisions arise is normal human behaviour, but there sometimes seems to be a lack of respect for differences of opinions, he said, adding it’s not a matter of if, but rather when such a situation will come up.

“There’s a societal trend that I’ve noticed, that there seems to be more — probably because of social media — there are more people that are frustrated and angry and bitter,” he said.

Perhaps those individuals were always there, but they didn’t always have a platform from which to express those feelings, he added.

“Social media is one of those things that you have to take with a grain of salt,” he said.

“It used to be you’d go into a coffee shop and sometimes you’d get into conversations with people, and they’d get heated. But by the time everybody was done, because you’re standing face to face, there was better understanding, and there was at least the respect,” he elaborated.

Now, however, there are many frustrated and angry one-way conversations in which people talk past one another as opposed to with each other, he said.

So, having that conversation with one’s family prior to submitting nomination papers is very important, he said.

Despite adversarial conversations that bordered on confrontational, which Leslie said remain a minority when compared with the otherwise largely positive interactions he’s experienced, the mayor expressed no regrets and said serving the community he loves has been an honour.

Having previously served two terms as mayor in the 1980s and now wrapping up another second term, Leslie, 67, who said he believes in term limits, decided the time had come to step down and pave the way for new people with new ideas.

“The longer you spend there, the more people say, ‘I think I have a better idea.’ It’s time to give them a chance!” he said with a laugh.

“It’s important to step aside when that opportunity comes, and give others the chance to put forward their platforms and give the community an opportunity to make some selections,” he said.

But no single member of council makes decisions alone, and progress can only be achieved through collaboration and compromise. A little coordination goes a long way, and when you do something right, people won’t know you’ve done anything at all, he said.

“You don’t do this work expecting recognition. You do this work because you just want to see things done that people are going to enjoy.”

He also encourages people to talk with their friends and neighbours, and said, “If there are good people that you want to encourage to run, please do that.”

Once he has stepped back from his position as mayor after the election, Leslie said he plans to spend more time exploring Alberta on camping trips with his wife and family, and less time “thinking about things in the middle of the night that I can’t fix, that I can’t change.”

While he remained firm about his decision not to seek re-election as mayor when pressed, Leslie did not immediately discount the possibility of running for councillor.

“It’s a very difficult thing to give up to be truthful, because I love it,” he said, adding he’ll be keeping an eye on how circumstances shape up and who else intends to run heading into the fall election.

“It’s up in the air,” he said when asked if he was considering a bid for councillor.

“Possibly, but probably not.”