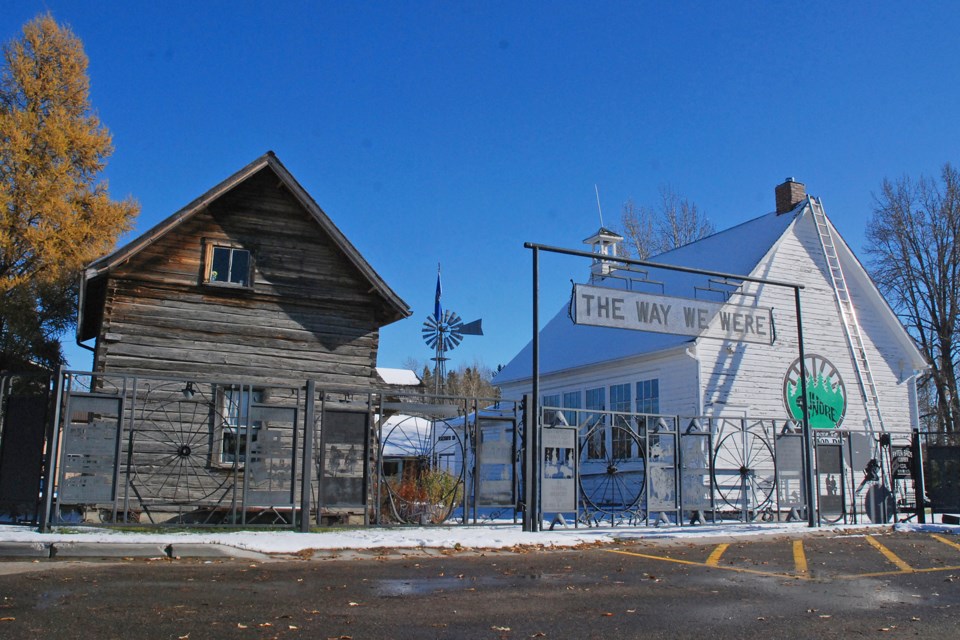 For the first time, the Sundre & District Museum will be hosting a Halloween haunted house at the Pioneer Village — or perhaps rather multiple haunted houses, as eight historic buildings will be decorated and purposed to provide some thrills and chills. Simon Ducatel/MVP Staff

SUNDRE — Adolescents and adults seeking some Halloween chills and thrills are dared to venture out to the local museum.

The Sundre & District Museum will be hosting its first haunted village this Saturday, Oct. 31 from 6:30-9:30 p.m., said Jaime Marr, the museums's executive director.

“It is geared towards more of a mature audience,” she said, adding with a laugh, “Parental discretion, of course!”

Admission is either a non-perishable food item or financial donation, with proceeds supporting the Mountain View Food Bank as well as the Sundre & District Historical Society, she said.

“We will be offering a moderate tour and an intense tour. So, there’ll be two options," she said.

People can choose to proceed at their own pace and have the option to check out the entire village, she said.

“We dare you to walk the village, and enter all eight buildings!” she said.

People who accept the dare will receive a punch pass with eight squares, and will have to prove they braved going into all of the buildings by getting them stamped, she said.

“If they can handle it — I’m not going to go through it, you can be sure of that!” she laughed.

Although the target demographics are older teens and adults, she said, “We’re not going to turn anyone away.”

Groups are asked to arrive in cohorts, she said.

“We won’t be mixing groups together," she said.

If one husband and wife team arrives, followed by another couple, they’ll be separated into two groups.

However, couples who arrive together as cohorts and indicate they’re safe and comfortable together will be accommodated, she said.

And although masks will not be mandatory, there will be some available for anyone who wants to wear one, she said, adding there will also be absolutely no physical contact.

“So, anyone that is in the village, you won’t be touched at any point," she said.

Traditionally organized by the Sundre High School leadership club under the guidance of science teacher Ryan Beck and hosted at the school, the haunted house risked being cancelled this year since extra-curricular activities at the school are off the table due to the pandemic, she said.

And aside from wanting to keep that legacy alive, Marr said some people have also previously pitched the idea to turn the historical village into a haunting for Halloween.

“Of course it is an outdoor event. Please dress accordingly," she said.

She praised a great working relationship with the high school, which had several large plastic bins full of decorations, costumes and special effects.

Treats, however, were a bit tricky this year.

“We’re not making goodie bags, you don’t get to just put your hand in a bin and take out what you want,” she said.

Instead, she explained that people who accept the dare are going to be offered some candy at the historic village gates on their way out, if they so choose.

The event also serves as a reminder to the community that the museum remains open under modified hours.

“We’re active and we’re engaged and we’re open to feedback,” she said. “So, if anyone has ideas, don’t be shy!

"Feel free to touch base with us. Part of our job is to engage community development and partnerships.”

Restrictions in Sundre expected to impact bottom line, morale
Nov 19, 2020 5:00 PM
Comments
We welcome your feedback and encourage you to share your thoughts. We ask that you be respectful of others and their points of view, refrain from personal attacks and stay on topic. To learn about our commenting policies and how we moderate, please read our Community Guidelines.