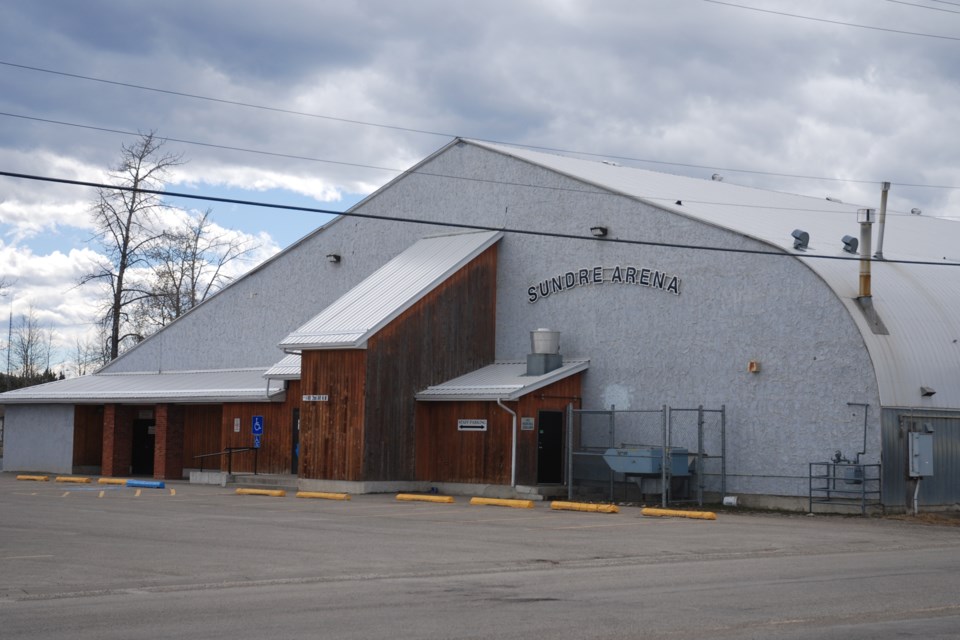 As a result of the uncertainty pertaining to the pandemic, the Sundre Minor Hockey Association's registrations were down substantially this year, leaving enough players only for an initiation team, which has been practising in Cremona and Caroline while upgrades to the Sundre Arena ice plant are completed. File photo/MVP Staff

SUNDRE — As a result of complications stemming from COVID-19 protocols and restrictions, local minor hockey has been reduced to initiation teams for the season.

“It is with a heavy heart that SMHA (Sundre Minor Hockey Association) announces that due to this year’s unfortunate events, we will only be supporting two intro to hockey teams this 2020-2021 season,” reads a portion of a statement posted on the organization’s social media.

Because of the extent of uncertainty surrounding the upcoming season as the pandemic continues to unfold, the number of registered players was far below expectations. Although the board explored all available options to have a season in some shape or form, there were simply too few players on the older teams for it to work, the statement explained.

Families of players were contacted and informed that the association had discussions with other associations to help place some of the kids who were registered, it added.

Association president Wade Church said the 17-player initiation team -- which is double the size of a regular season’s initiation squad -- has been practising.

“Caroline and Cremona have both been really good at taking players who still want to play,” said Church during a phone interview.

They look forward to getting some practices in on home ice once the Sundre Arena opens.

Usually ready for the season in October, upgrades at the facility — including the installation of a new ice plant — have delayed this year’s opening.

However, construction project completion timelines can be unpredictable at the best of times, never mind when potential complications are exacerbated by a pandemic, and Church said the association understands the hurdles the municipality has had to overcome and appreciates the work being done.

Tony Myram, a father of two boys who’s previously coached the midgets, had initially looked forward to both of his sons playing together on the same team. This season was his older son’s last opportunity to play before aging out, while it would have been his younger son’s first year playing at that level.

But despite the disappointment, Myram said they’ve decided not to drain their energy lamenting what they cannot do, and instead focus on doors that have been unexpectedly opened.

In the spirit of making the most out of a difficult situation, Myram said he looks forward to spending more quality, memory-making time with his sons by going ice fishing, hunting, snowmobiling and even working together on auto restoration projects.

Meanwhile, the association is optimistic for a return to a regular season next year.

“We hope to have a full roster of teams next year — we look forward to that,” said Church.