Sundre curling season off to a good start 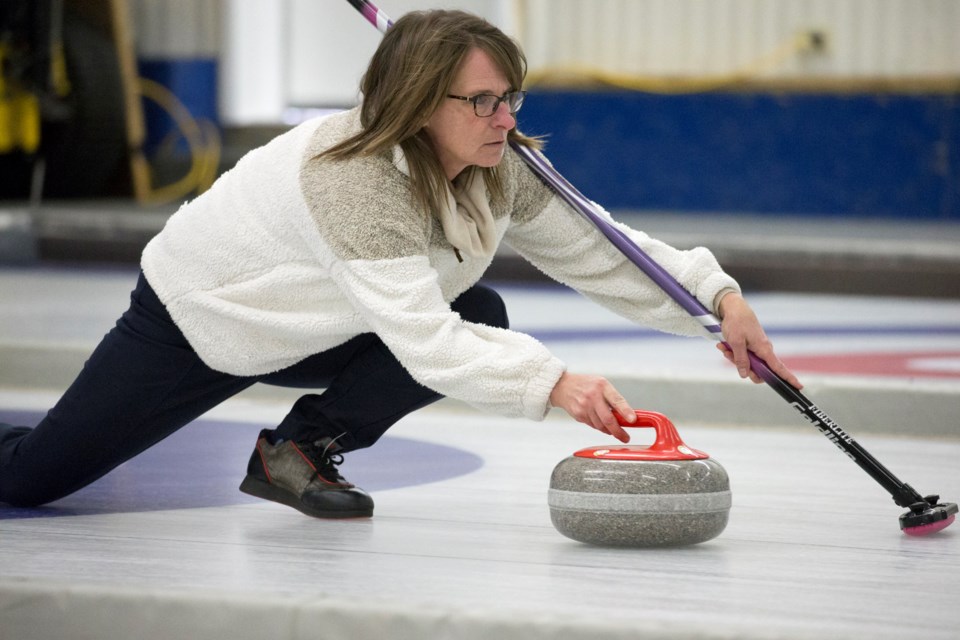 SUNDRE_ - The curling season got off to a good start with the annual Sturling Fun Spiel providing experienced players an opportunity to warm up while also offering a chance to introduce new curlers to the sport in a laid back, non-competitive atmosphere.

“Everyone that was there really enjoyed themselves,” said Konschuh.

Some of the players, who included a mix of adults and juniors, had never tried sturling before. Whereas the regular curling format features two teams of four, she said sturling is a sort of streamlined version of the sport with two-player teams going head-to-head.

“There’s really no sweeping,” she said, adding the player on the opposite end from the teammate throwing a rock can at his or her discretion decide to sweep from the hogline.

After each team’s players throw their six rocks, they then switch with their partners for a total of six ends, she said.

“It’s a fairly quick game; only takes about an hour.”

She said sturling is a popular format that people seem to love because it goes a bit quicker and doesn’t require as much sweeping, which for some players can be difficult.

Additionally, she said throwing six rocks essentially back to back really offers a chance for experienced players to further improve their delivery, while extending an opportunity for more novice curlers to learn and get a feel for their balance.

The atmosphere is more casual rather than competitive, she said, adding there’s no pressure to perform like a pro with the focus revolving more on having fun, socializing and practising, she said.

While there were some door prizes, no teams were crowned as champions. Although, those who did end up winning their matches “could definitely have bragging rights,” she said laughingly.

Each team got to play two games before the lunch break, after which they were grouped into traditional teams of four to try out a couple of regular curling matches, she said.

There were no real winners, but the point was just to come out and enjoy the game, see some friends, perhaps make some new ones, and get the season started on a good foot, she said, expressing gratitude for the support of sponsors as well.

“Some people said they’d be happy to return monthly for the same event.”

Meanwhile, the club planned to host an inaugural Grey Cup party for the public at the curling rink on Sunday, Nov. 24, she said.

“If it’s successful, we might do it again next year — it’ll be our first time to do that,” she said, explaining that the new executive wants to promote to the public that the club is not private.

“That’s one of their goals, is to let people know they’re welcome to come by any time. It’s not just for curlers,” she said.

This year, she said the club also made arrangements to have a new chef — Derek Ralph from the Twisted Pantry — run the concession service for main events like the sturling spiel, and potentially busier league days as well if the numbers justify it.

“Everyone was impressed with the lunch we had,” she said.