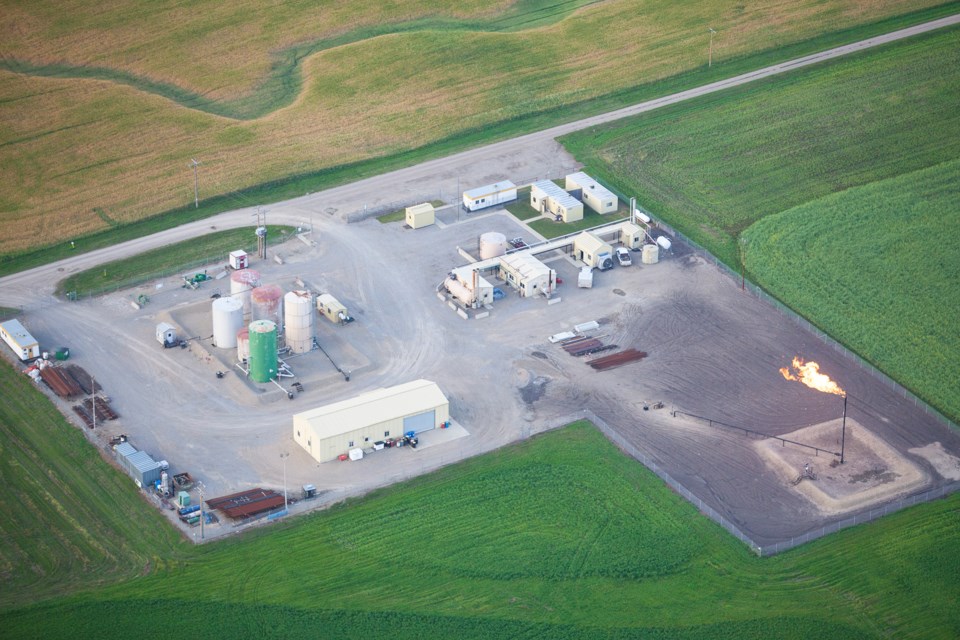 In oil and natural gas operations, methane is emitted from small leaks from valves and other equipment used in oil and natural gas drilling and production. It is also sometimes released during venting and if there is incomplete combustion during flaring. File photo/MVP Staff

The pilot project is being funded through the province’s new Technology Innovation and Emissions Reduction (TIER) system. The funding was officially announced during a recent press conference in Sundre.

SPOG is a collection of oil and gas companies with operations in the Sundre area. Methane is a flammable gas that if released directly into the atmosphere contributes to greenhouse gas emissions.

Methane is also sometimes released during venting and if there is incomplete combustion during flaring.

The pilot project itself involves monitoring methane levels at about 500 SPOG member facilities such as tank farms and well sites, and will include the use aircraft, drones, road vehicles, fixed sensors and other equipment.

“Bridger has already flown all 500 of these facilities,” she said. “That was done in June and we followed that up immediately with service companies that run OGI cameras.

“The only technology that the Alberta Energy Regulator currently recognizes is those OGI surveys, which are very expensive, so the whole basis of our pilot is to test new technologies that could provide much more cost efficiency for industry.”

A second series of Bridger fly-overs will take place this month and in September, she said.

“We are also going to be starting with the fixed truck-mounted monitors and possibly drones to test other technologies that can take the same measurements at a more cost-effective and efficient manner,” she said.

“We are striving to test the latest available technologies in detection and provide science-based solutions for methane emissions. We will use science-based technology to not only reduce emissions but the cost of reducing our environmental footprint.”

Dozens of people are expected to being involved in the project, including from area companies, she said.

“There is also going to be data management people, field coordination and, of course, the contractors that are out doing the work.”