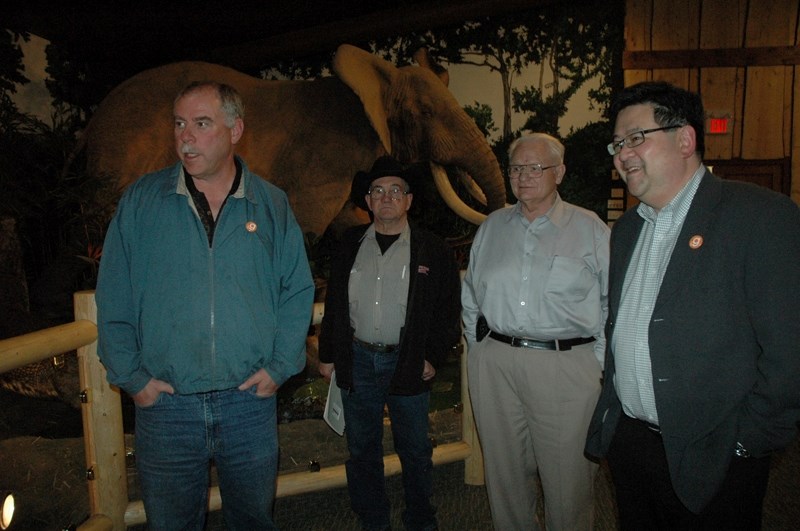 Alberta Progressive Conservative leadership hopeful Gary Marr says if he gets the premier's job he will plan to make supporting libraries and museums one of his priorities.

Marr made a one-hour stopover at the Sundre Museum on Wednesday, visiting with guests and giving a speech on his plans and aspirations.

“These are important services, and it doesn't matter if it is in small communities or large cities.”

A former Alberta Health and Environment Minister, Marr is one of five declared candidates in the race to replace Ed Stelmach as PC leader.

Several years ago Marr resigned his MLA seat in Calgary to become Alberta's Special Representative To Washington, a position he has now given up to run for PC leader.

Marr said he believes his experience in government makes him a good choice to lead the party.

“I'm excited about the future of Alberta and I also see challenges,” he said. “There are people in the United States and other parts of the world who are trying to do harm to our economic interests, but the fact is we as Albertans should be very proud of what we do and how we do it.

Marr said as premier he would promote Alberta agriculture, energy and other industries to countries such as China and India.

“There's a lot of people there who will need a lot of food, building materials and energy,” he said.

Sundre Mayor Annette Clews told Marr the province would do well to follow Sundre's example in creating multi-use facilities like the Sundre Community Centre, which houses the library, daycare, Neighbourhood Place and other things.

“We are hoping other communities will model after us,” said Clews.

The PC leadership vote goes September 17, with a runoff vote, if needed, in October.