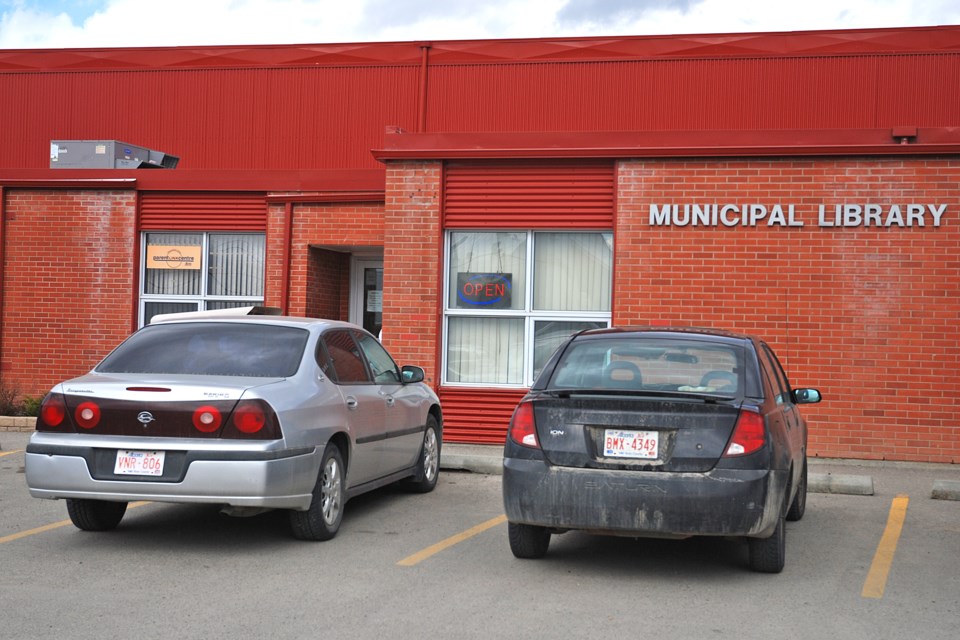 Although the Sundre Municipal Library's doors have been closed throughout much of the first stages of the COVID-19 pandemic lockdown restrictions, staff have nevertheless remained busy providing service to patrons. File photo/MVP Staff

“The use of our e-resources has gone up a lot,” said Sundre Municipal Library Manager Karen Tubb when giving Sundre council a mid-May status update.

For that reason, she used a portion of funds allotted in the budget to grow the library’s digital collection and purchased some e-books and e-audiobooks.

“It just seems to make sense, because that’s how people are accessing books a lot of the times.”

Online programming has also been quite successful, she added.

“We’ve been doing programming for preschool, and I think there hasn’t been a session with less than 100 views, and some of them are quite a bit more.”

The manager said she also successfully applied for a grant to cover the cost of obtaining the professional version of videoconference application Zoom, with the intention of being able to virtually connect not only the board, but especially the community for other initiatives like book clubs and adult programs. Recorded storytime videos that were uploaded to the web have even been accessed by people with ties to the community from distant locations such as Japan and Norway, she said.

“We’re excited by the potential.”

Furthermore, employees have been busy maintaining contact with patrons. In a two-week period towards the end of April and the beginning of May, she said nearly 130 phone calls had been fielded.

“That was answering questions on e-resources, some people called to talk just because they’re lonely, asking questions about ordering books, or concerns about overdue books — the list just goes on,” she said.

A system to accept as well as quarantine returns is in place, and she added that Parkland Regional Library has assured members there will be no fines for anything that was due back during the pandemic.

Following the provincial government's decision to start Stage 2 of relaunch strategy, the library is set to reopen to the public on Tuesday, June 23 with sanitation protocols and physical distancing guidelines in place.

Those measures include but are not limited to installing plexiglass at the front desk, reducing to four from 15 the number of computers available to the public, reduced regular hours, as well as a carefully monitored maximum occupancy at any given time.

Tubb also brought council up to speed during the May 25 teleconference meeting, and said that although the doors have been closed, “it’s not that we’ve been sitting around twiddling our thumbs!”

While library staff have continued to provide service throughout the lockdown, she said the phased in reopening likely won’t happen before the third week of June, and will largely “depend on how people behave themselves between now and then, whether indeed we will be able to open then.”

Efforts have been ramped up not only to build e-book and e-audiobooks collections, but also coaching patrons on how to access those digital resources, she said.

Additionally, establishing more connections with the community — whether young families, youths who play D&D, as well as clubs that used to meet at the library — has also been a priority. A grant to cover the cost of the professional version of the video conference program Zoom has facilitated the ability to host virtual get-togethers for groups that usually meet regularly, she said.

The summer reading club is around the corner, but will be different this year due to the pandemic, she said.

“But we’re excited about the possibilities. We’re hoping to do some outdoor programming as restrictions relax.”

“We’re very grateful for all of the work that you have done to make those connections with people in the community,” said Leslie.

Council carried a motion to accept Tubb’s presentation for information.