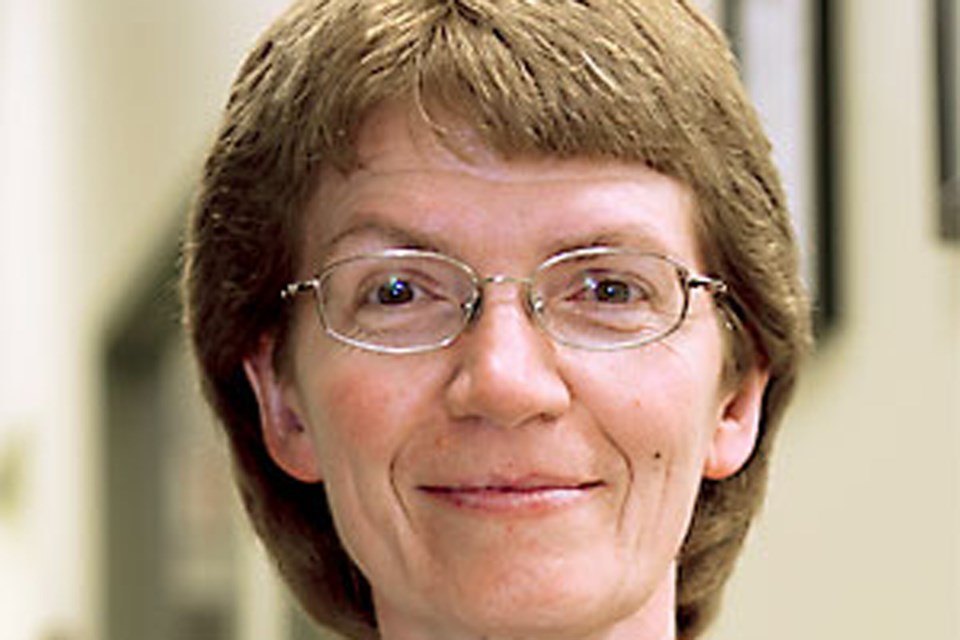 Joyce Hoey is a longtime Mountain View Gazette columnist. File photo
Due to the responsibilities and heavy nature of my work, when I have some downtime, I indulge in relaxation. I enjoy a long Saturday morning with a book, a coffee and a feast of television. I idly browse through, selecting choices from the Food channel, the Antiques Roadshow or home renovation programs.

While I listen to Bake with Anna Olson I tidy my own kitchen and make a coffee. Her constant soft patter in the background is soothing to me. I mute while I read my Bible and devotional materials.

Sometimes I reach for the current novel; I often finish several on a weekend. I crochet afghans for the knitters group at church and have two on the go close at hand. Often there are two different patterns that I work on concurrently for variety.

I love to write letters, lengthy epistles for the few friends who care to keep in touch. Most have reverted to Facebook postings, newsy but impersonal. One friend writes fairly regularly but most have dropped off the radar. My aunt from Ontario phones periodically, saying that is her letter. She fits me into her busy schedule: baseball and hockey take priority. Mom’s cousin Beulah writes now and then but her severe arthritis makes the task tedious.

Mom and grandma both were avid letter writers. I have a few in my shoebox stash that I received over the years. Grandma’s handwriting was cramped, a tight cursive with no capitals and little punctuation. My husband would begin to read, then hand it back to me. He needed a translator to decipher the hieroglyphics.

I think of spending time with her and mom in the kitchen. Anna Olson talked of baking with her grandmother. She said when she makes some of her marzipan recipes, she is 10 years old again.

I look at her commercial kitchen and consider how it has changed from her early memories. The kitchens I knew when I was 10 had no comparison. At our house and at grandma’s we used a wood-burning stove. The stovetop served as counter when we washed dishes in the large metal dishpans.

We didn’t have a kitchen counter, no sink, no running water. Both mom and grandma had a sturdy, low table they used for a work space. Grandma wasn’t much for measuring. She had a Melmac cup in her flour canister and eyeballed everything.  She mixed with an old metal spoon, so well used it was worn down on the side. She dumped in more ingredients:  just enough or a pinch.

Then she got her hands into the mixture, working it until it felt right. She had a few basic recipes but rarely needed them. I spent time with grandma but didn’t actually assist in the task.

Mom, on the other hand, encouraged her girls to get involved. I leaned in at the wooden table in our small kitchen space. I was allowed to measure, then was given a wooden spoon and stirred as instructed. Mom stuck to her recipes closely. I have copies of her favourites.  I raised two hungry kids so my recipes have become spotted with drips of chocolate, badges of honour.

Letter: A sign of distress
Jul 5, 2020 6:30 PM
Comments
We welcome your feedback and encourage you to share your thoughts. We ask that you be respectful of others and their points of view, refrain from personal attacks and stay on topic. To learn about our commenting policies and how we moderate, please read our Community Guidelines.