Town diverts half of its Olds Institute funds 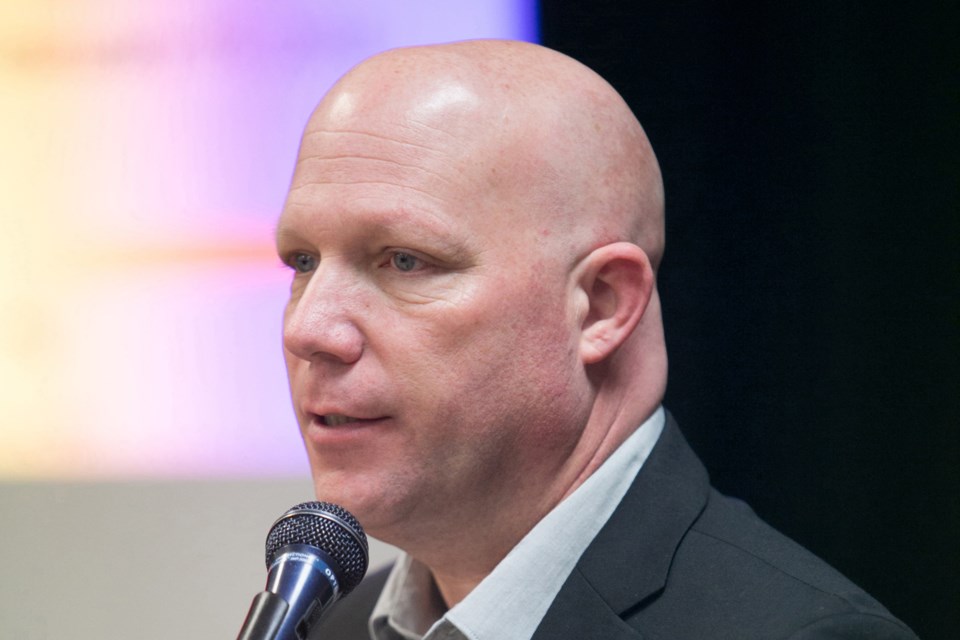 A proposal by Olds mayor Mike Muzychka to divert $125,000 worth of funding slated to go to the Olds Institute for Regional and Community Development to the town's economic development secretariat was approved by council during its June 8 meeting. File photo/MVP Staff

OLDS — Council has voted to redirect the second half of 2020 funding for the Olds Institute for Community and Regional Development (OI) to its economic development secretariat and economic recovery taskforce.

Council made the decision during its June 8 meeting.

Bill Hall, the institute's chair, could not be reached for comment on the decision at press time.

Coun. Mitch Thomson, the executive director of the OI, recused himself from the discussion and the vote.

However, there was hardly any discussion.

Mayor Michael Muzychka read a prepared statement announcing the proposed reallocation of funds, and Coun. Mary Anne Overwater made a motion to that effect. All councillors participating in the meeting — without Thomson — voted in favour.

In Muzychka’s statement and in a subsequent news release, it was stated that the municipality plans to take over “the direction of economic development and tourism.”

That committee, along with the Olds Physician, Attraction and Retention Committee, fell under the the OI's mandate, but it eliminated both a few years ago.

Plans call for the BARE committee to be up and running after the town’s COVID-19 taskforce winds down.

Town officials also plan to create a new visitor information centre, which they hope will be launched in 2021.

That’s why the $125,000 is being diverted to the economic development secretariat.

In his statement, Muzychka noted the town’s 2020 budget called for the OI to receive $250,000 “to deliver services to the Town of Olds.”

“This contribution was approved by council with the intent that progress would be made in regards to items outlined in letters exchanged by the town and the Olds Institute in late 2018 and early 2019, labelled the mandate letters. However, progress has not been made to council’s satisfaction,” he said.

Muzychka said since that budget was approved, OI has obtained a legal opinion stating that it is an independent organization and that the town does not have special status in regards to the direction of the Olds Institute, except where it’s referred to under OI's bylaws.

The 2021 economic development budget will be considered during that year’s budgeting process.