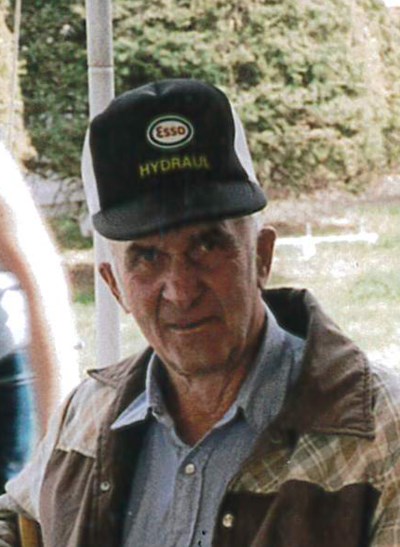 Mr. Stanley Marvin ‘Bucky’ Scott of Innisfail passed away at the Rosefield Centre, Innisfail, Alberta on Saturday, October 10, 2020 at the age of 83 years. He was born in Red Deer, Alberta, to Roy and Martha Scott and grew up in the Ridgewood Area, west of Penhold.

He married Gloria Keegan in 1965, and from there, they lived a nomadic lifestyle following his work with various gravel crushers, all over Alberta, eventually settling in Innisfail.  Stanley was known for his sense of humor and effervescent personality.  He was a talented problem solver; which he applied to solve mechanical and work related problems; as an accomplished machinery operator, with a long notable career in construction, for Stoneway Crushing and Kidd Construction. Stanley always brought fun and laughter to every occasion and he will be deeply missed by his family and his friends.

Stanley was predeceased by his sisters, Joyce and Elaine, a brother, Norman and a very special brother-in-law, Edward Hamson.

To the staff at the Rosefield Centre for their devotion to the finest patient care, a warm thank you. A Celebration of Life will be held in the spring. Condolences may be sent or viewed at www.heartlandfuneralservices.com. Arrangements in care of: Heartland Funeral Services Ltd. 4415 – 49 Street, Innisfail, Alberta.  Phone: 403.227.0006   Fax: 403.227.6437

BRISSON, Betty Jean
Oct 27, 2020 5:28 PM
Comments
We welcome your feedback and encourage you to share your thoughts. We ask that you be respectful of others and their points of view, refrain from personal attacks and stay on topic. To learn about our commenting policies and how we moderate, please read our Community Guidelines.