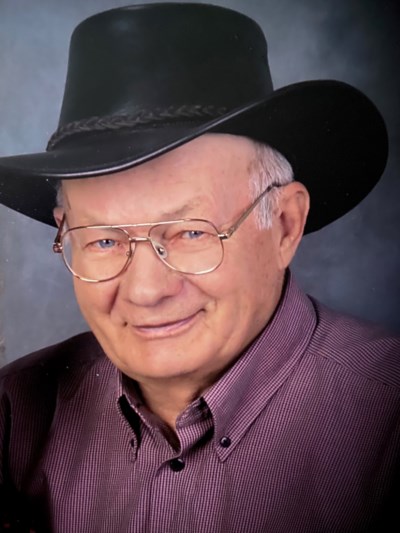 It is with great sadness that we announce the passing of Joseph (Joe) John Niessen.  His journey of life and pain in the last few years are over and he is resting in the arms of his Heavenly Father. We are, however, thankful that he will no longer spend his days suffering.

Born in Plum Coulee, Manitoba to Maria and William Niessen on February 7, 1932, he was the youngest of five children.  He was raised in Manitoba until 1952 when he made is journey to Alberta.  He started working on the rigs then decided to continue his education in Camrose where he met his bride, Theo Friedenberg.  They were married on June 11, 1955 in Medicine Hat.  Shortly after their wedding, they made their way to Texas so Joe could attend LeTourneau Technical Institute where he received his degree in Industrial  Engineering.  Upon completion of his degree, they moved back to Canada where he taught at a Tech school  for one year.  He then worked at Winnipeg Supply, a limestone mine, in Spearhill, Manitoba.  While there, he also got his pilot’s license and purchased his first plane.  After five years, it was decided to move to Edmonton where he was Production Superintendent for Inland Cement.  During this time, they increased their family by two - Terry James on February 17, 1964 and Sheelah Mae on October 20, 1966.

Besides working full time he decided he wanted to pursue farming.  This became his way of life for four years until he left Inland Cement and farmed full-time.  He continued farming in Edmonton until 1974 until the family moved to Bow Island to continue farming growing sugar beets, potatoes and corn.  This was also the beginning of custom haying and trucking.  In 1979, the move was made to Glenwood until 1992 when they then relocated to Crossfield/Carstairs where their son was living to continue farming and haying in semi-retirement (not really).   This is where they have remained until his passing.

Joe was a very soft spoken and intelligent man and one for never sitting idle.  He was always coming up with new ideas and ventures.  This lead him to planting almost five acres of potatoes for the food bank and church camp which he continued for eight years.

He will always be remembered for as a trickster from putting random items in someone’s (mostly his grandchildren) shoes, purse, coat pocket or on plates of food.  In his later years, his daily chore was feeding his beloved cats out in the barn.

He is predeceased by his parents, brother, Jacob, and sisters, Esther and Ruth, and survived by sister, Susie.

A memorial service will be held in late summer when the saskatoons are ripe.

Thank you to the doctors and nurses of Didsbury Hospital for their outstanding care.