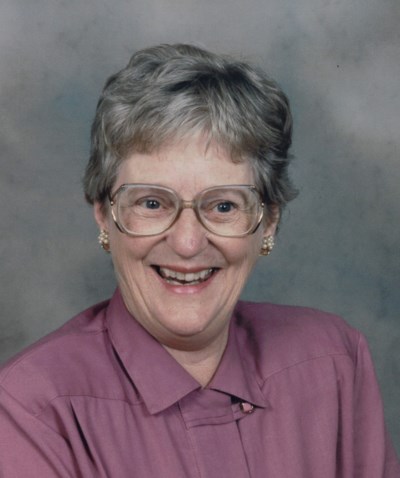 Mrs. Patricia Jane ‘Pat’ Mayhew passed away peacefully in her sleep, with her family by her side, on Saturday, February 13, 2021 at the age of 91 years.

Pat was the most cheerful mother, grandmother, sister, aunt and friend anyone could ask for. She took great joy in large gatherings, especially the ones she got to host. There was always food on the table, cookies in the jar and coffee in the pot, and she ALWAYS had a big smile on her face. She enjoyed family get togethers, sporting events that involved her family and travelling with Chester.

Pat will be lovingly remembered by her children, Ken (Kim) Mayhew and their children, Danielle and Holly; Connie Mayhew and her children, Travis, Stacie, Shianne, Lena and Tiffany; Rob (Bonnie) Mayhew and his sons, Kelly (Holly) Mayhew and Ryan and several great grandchildren. Pat will also be sadly missed by her sister, Ruth Haining, and her special companion, Ernie Marshall.

Pat was predeceased by her husband, John Chester, her parents, Lynford Kemp and Jeanetta McDonald and her brothers, Donald Kemp and Edward (Ted) Kemp. If desired Memorial Donations in Pat’s honor may be made directly to the Bethany Care Society, 99 College Circle, Red Deer, Alberta, T4R 0M3. Condolences may be sent or viewed at www.heartlandfuneralservices.com. Arrangements in care of: Heartland Funeral Services Ltd.  4415 – 49 Street, Innisfail, Alberta. Phone: 403.227.0006   Fax: 403.227.6437