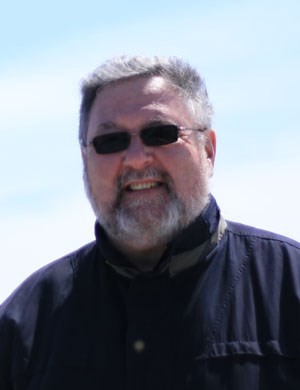 Born in 1948 in Sydney, Nova Scotia, to Hector Francis MacIntyre and Margaret McMaster, Norman was the youngest son of a large Catholic family. He was raised in rural Cape Breton and often spoke of early memories of the family farm and country life. He graduated from high school in 1966 and attended Xavier College and St. Mary’s University in Halifax, earning a Bachelor of Arts in 1970, Bachelor of Commerce in 1972, and a Teacher’s Certificate in 1973. A few years later he took this qualification out west, holding several teaching positions in Alberta before joining the academic staff at Olds College in 1982. In Olds he taught writing and business courses for almost 30 years until his retirement in 2010. Highlights of a long and respected career included successive terms with the collective bargaining team of the faculty association, working with faculty and staff colleagues, and his dedication to rural students much like his younger self. Norman had a lifelong passion for learning and was constantly reading books on all subjects, attending local talks and seminars, and provoking discussion on intellectual topics, especially politics and religion.

He met his former wife Joan (Medicine Hat) while teaching at Alberta Vocational College in 1977, and during their nine years of marriage had two sons, Hector and Tyler. After their separation, Norman raised his boys as a loving single dad in Olds, generously nurturing their educational interests in film, writing, and philosophy. With summers off he was able to take them on many wonderful road trips during their childhood to visit family and explore all parts of western Canada. In later years he was pleased to attend many graduations as an enduringly proud and supportive father.

He was fortunate to have an important relationship in later life with Dawn Langille (Sault Ste. Marie). In retirement he moved home to Cape Breton and spent time working on his properties and pursuing new hobbies (including social media!).

He was predeceased by his father and mother, siblings Angus MacIntyre, Donald MacIntyre, Cecilia MacIntyre, Elizabeth Bethune, and Marie (John) DeLarge. There will be no visitation or funeral service in Cape Breton at this time due to the pandemic, but some of his ashes have been scattered there, and the family hopes to hold a service there at a later time. A small memorial service will be held in St. Albert, Alberta on August 1, 2020 - please contact the family for details. Online condolences may be sent to the family at www.wjdooley.com