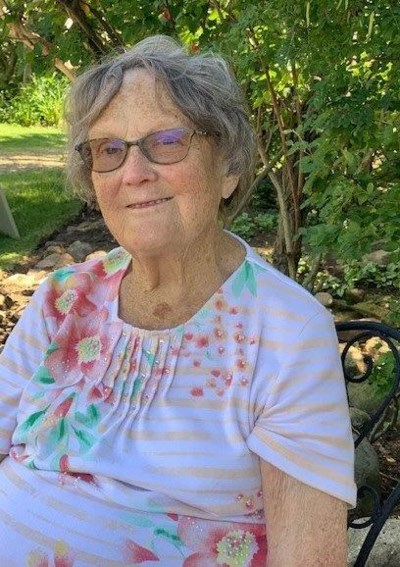 It is with great sadness that we announce the passing of Ms. Hazel Ruth Holoboff (nee Neal) of Red Deer, Alberta, formerly of Innisfail, on Thursday, February 18, 2021 at the age of 91 years.

Hazel was born in Stauffer, Alberta on November 30, 1929 and grew up on a farm in Raven, Alberta. She attended North Raven, Victory and Dixon Schools. After obtaining her Nursing Diploma at the Calgary General Hospital, she worked as a Registered Nurse at the High River Hospital, where she met William (Bill) Holoboff. They married on June 13, 1953. Bill and Hazel lived and worked on the Holoboff Family Farm near Herronton, Alberta, for twenty years, where their six children were born. Hazel loved farm life and the friends and neighbours in the rural community. The family eventually relocated to Innisfail, Alberta. Hazel and Bill were divorced in 1979.

During her days in Innisfail, Hazel resumed her Nursing Career, working for the Innisfail Hospital, Home Care and finally, the Bowden Penitentiary. Hazel was a very active member of the Innisfail Community. She volunteered for a number of causes; was very active in the Innisfail United Church; belonged to choirs and singing groups, the Gardening Club, Kerry Wood Nature Society and the Red Deer River Naturalists. She participated in projects such as Communities in Bloom and the Upland Aspen Trail Development. Because of her community involvement, Hazel deservedly achieved the Innisfail Community Cultural Award, in 2013. Hazel also loved to travel and visited many corners of the world with friends and family.

Hazel moved to Inglewood Revera Retirement Home in Red Deer; where she continued to contribute to the vitality of the Inglewood Revera Community, organizing the sewing room, and participating in many activities, including arts and music events. Hazel lived the values that she described as her life lesson: “Give and you will receive – love, help, money, friendship”. She will be dearly missed by her family and the many people whose lives she touched.

Hazel will be lovingly remembered by her children, Tom Holoboff of Wetaskiwin, Barbara (Don) Tarnowski of Edmonton, Beverly (Don) Engen of Edmonton, Janet Goodwin (Kirk Malmberg) of Blackie and Joyce Holoboff of Red Deer; her ten grandchildren and her four great grandchildren; as well as numerous other family members and dear friends.

Hazel was predeceased by a daughter, Sharon Holoboff, a brother, Ken Neal and a sister, Barbara Hirtle.

A Celebration of Hazel’s Life will be planned at a later time. If desired, Memorial Donations in Hazel’s honor may be made directly to the Mission and Service Fund of the United Church at united-church.ca/donate, to the Red Deer Hospice Society at www.reddeerhospice.com, to the Medicine River Wildlife at www.medicineriverwildlifecentre.ca or to a Charity of the donor’s choice. Cremation entrusted to Parkland Funeral Home and Crematorium, Red Deer, Alberta. Condolences may be sent or viewed at www.parklandfuneralhome.com. Arrangements in care of Parkland Funeral Home and Crematorium, 6287 – 67 A Street (Taylor Drive), Red Deer. 403.340.4040.