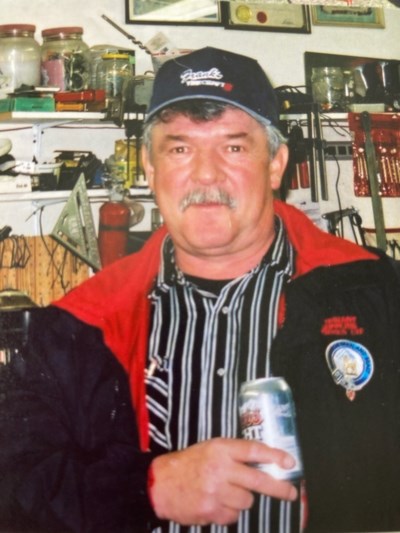 The family of Ken Hill is deeply saddened to announce his passing with his family by his side, at the Rosefield Centre, Innisfail, Alberta on Saturday, May 22, 2021 at the age of 68 years.

Ken was born at Innisfail, Alberta on October 23, 1952, to Bill and Annie Hill. He married Sherry Dunwoody on October 23, 1971, on Ken’s nineteenth birthday. Together, Ken and Sherry had three daughters, Denise in 1972, Shelly in 1973 and Danielle in 1974. During 1973, the family moved to Langley, British Columbia, and then returned back home to the Bowden and Innisfail area in 1976. Ken attended S.A.I.T in Calgary, Alberta to obtain his Carpentry Certificate, and later started his own contracting company. Ken took great pride in building many houses, garages and buildings, in and around Innisfail, for many years. Later in life, he found his passion in planting and caring for hundreds of Blue Spruce and various types of trees. Ken had a great love for animals; especially the dogs and cats that the family had over the years.

Ken will be lovingly remembered by his wife of forty-nine and a half years, Sherry Hill, his daughters, Shelly Hill of Innisfail and Danielle and Shane Pollock of Blackfalds, and their daughters, Tiara, Tasha (Cody) and great grandson, Maverick. Son-in-law, Allan Galley of Mckenzie, B.C, and grandsons, Fred Ladwig (Kessia) and great grandchildren, Freddie and Isabella; Derick Ladwig (Shania) and great grandson, Alex; and youngest grandson Chance Galley, all of Red Deer, Alberta. He will also be sadly missed by his two sisters, Pat Schatz and Bev (Terry) Innis.

Ken was predeceased by a daughter; Denise Galley in 2016 and a grandson, Dustin Lesyk in 2018. Respecting Ken’s wishes, no Funeral Service will be held.