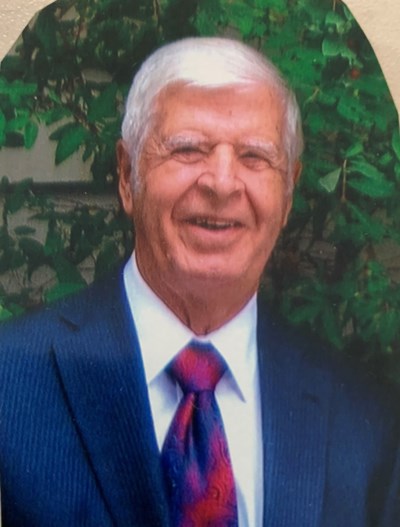 Thomas (Bruce) Freeman of Didsbury passed away in the Red Deer Hospital on February 21, 202I at the age of 88.

He served on Town Council from 1974 to 1997, and on the Hospital Board from 1977 to 1989, and was the Chair when the new hospital was built in 1984. He was very involved in the Anglican Church, serving as Rector's and People's warden and on Vestry for 25 years, and helped build the new church in 1990. Bruce was an active member of the Kinsmen and K-40 service organizations, and the building of the first swimming pool in Didsbury, the Kinsmen Manor and the 5-0 Centre.

Bruce worked for JV Berscht and sons for many years, starting to High School, and in 1973 purchased that business, renaming it Freeman's Mens' &  Boys' Wear. He retired from the store in 1997.

He lived a long and happy life with family love, many accomplishments and few disappointments.

A private family service will be held, with inurnment to take place in the Didsbury Cemetery at a later date.

We never lose the ones we love.

For even though they're gone

Within the hearts of those who care

Their memories live on