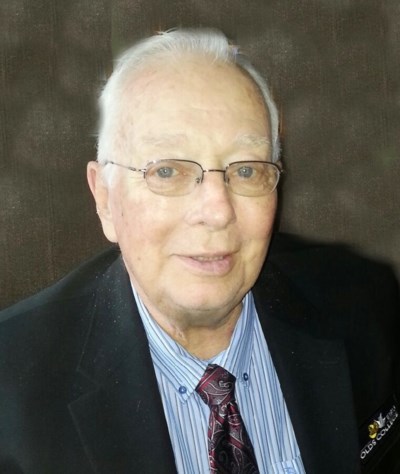 Bob passed away with his wife, daughter and son by his side, after a courageous battle with heart and kidney disease. Bob was born in Acme, Alberta to Curtis and Kay Clark. He spent his early childhood in Acme until the family relocated their farming operation to Carstairs in 1948.  Growing up in Carstairs, Bob began a lifelong passion for baseball and was an active member of the 4H Club. He attended the University of Alberta in Calgary, receiving his Teaching Certificate and went on to teach at Hainstock School west of Olds and then at Sundre School.  While teaching, Bob was approached to run for the Social Credit Party and in the 1960 By-Election he became the youngest serving politician in the British Commonwealth at the age of 23.  In June of 1964, Bob married the “love of his life,” Norma Jean Holmes and together they embarked on an incredible journey. Bob was the MLA for the Olds/Didsbury Constituency for 21 years, retiring in 1981 having held the positions of Minister of Youth, Minister of Education and Leader of the Official Opposition.

Bob became General Manager of the Olds Grizzlys Junior A Hockey Club in 1987 and held this position for 8 years.  Under his leadership, the Grizzly’s captured 3 League Championships and became National Junior A Champions in 1994. Bob went on to serve as Chairman of the Alberta Junior A Hockey League for 11 years, and was a member of the Hockey Alberta Foundation. In 2009, Bob was presented with the Hockey Canada Outstanding Volunteer Award, and most recently was being inducted into the Alberta Hockey Hall of Fame as a “Builder” this month.

Although he had many career achievements, he was much more than that.  Bob was an amazing husband, father and grandfather; he was a friend, mentor, advisor, problem solver, coach and a dedicated volunteer. Bob had a love and loyalty for his community, church, his cherished friends and for anyone who crossed his path. Bob’s greatest achievement was his 56 year marriage to Norma and his dedication and love for his children and grandchildren.

Bob was predeceased by his parents, his brother Jim Clark; grandson Steven Clark; sister-in-law Irene Holmes and brother-in-law Ross Holmes. Due to Covid 19 restrictions, a Celebration of Bob’s Life will be held at a later date when it is safe to do so.  In lieu of flowers, memorial tributes may be made directly to Alberta Heart & Stroke Foundation, Foothills Hospital Unit 37 or Friends of Alberta Junior Hockey Society.  Heartland Funeral Services Ltd., Olds entrusted with arrangements. 403-507-8610  www.heartlandfuneralservices.com