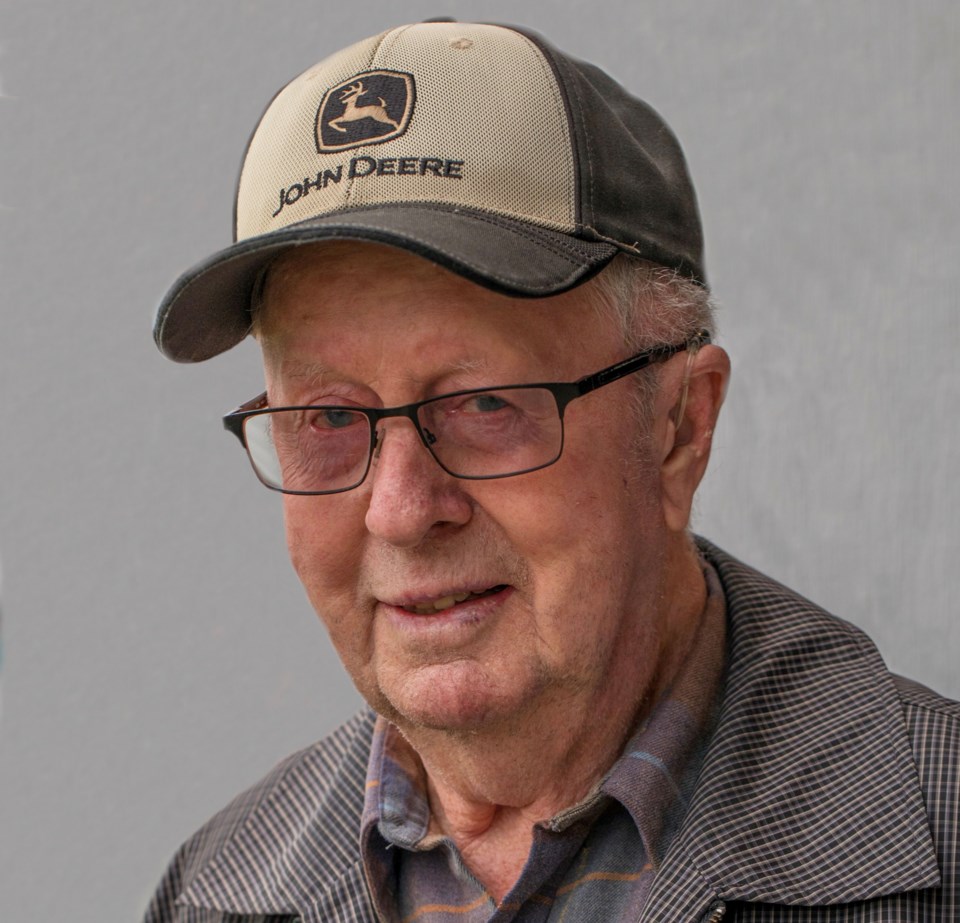 Almer was born on April 28, 1927 to John and Mathilda Weisenburger on their farm near Torrington, and passed away peacefully in Red Deer Hospital on January 25, 2020. He will be sadly missed by his beloved wife Lydia (née Lehman), daughters Brenda (Grant), Judy (Barry), and son Dwayne (Valerie). Many happy memories are also shared by his 5 grandchildren: Christiana, Sarah (Andrew), Ryan (Koreen), Graham (Nicola), and Danielle. Visits with 4 great-grandchildren (Everly, Grady, Lucy and Davis) were fun, too.

Almer was predeceased by all his and Lydia’s siblings and their spouses, in addition to their parents. His nieces and nephews now live in different parts of Alberta. They had all lived nearby in the early years so family was always a big part of life. Almer was on baseball, hockey and curling teams, sometimes with his brothers. After he married Lydia in 1950, Almer had 2 gravel trucks which kept him busy in several locations. He later ran the Trochu feed mill for six months one winter, but most of their years were spent farming near Torrington, working diligently together. Almer loved to be outside, and enjoyed going with Lydia and the kids on “nature walks” and wiener roasts in the pasture in addition to the many hours spent growing crops and tending cattle.

In later years, he would bring wildflowers or flowers from their garden into the house for Lydia if he was outdoors on his own. After many years of dedication to raising Shorthorns and then Salers cattle, Almer had a heart attack in 2011 and was very sad to sell all his herd. Recovering after major heart surgery was difficult but one of his main pleasures was still getting the whole family together at the farm. Throughout the years, Almer and Lydia travelled to several parts of Canada and into the United States. He was perhaps happiest just touring around rural areas. It was even better when Dwayne or occasionally someone else did the driving, so Almer was free to check the crops more closely through the window. He was a true farmer to the end.

A memorial service will be held at the Heartland Funeral Services Chapel in Olds (5226 46 St.) on Saturday, February 15 at 2pm with Pastor Nick Wasylowich officiating. In lieu of flowers, those who wish can make donations to the Kidney Foundation or charity of their choice.  Heartland Funeral Services Ltd., Olds entrusted with arrangements. 403-507-8610  www.heartlandfuneralservices.com