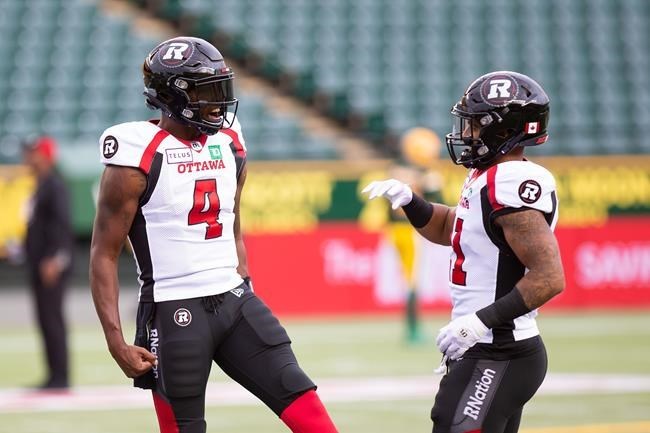 OTTAWA — Canadian defensive back Justin Howell has signed a one-year contract extension with the Ottawa Redblacks.

The native of Bradford, Ont., has 21 defensive tackles and 16 special-teams tackles over the past two years with the Redblacks.

Howell played at Ottawa's Carleton University in the U Sports ranks.

The Redblacks took Howell in the seventh round of the 2018 CFL draft.

The Saskatoon native is entering his sixth season with the Roughriders.

The 30-year-old Hus was an Edmonton Eskimos draft pick in 2013, but the Riders acquired his rights in 2015.

Howsare had six sacks and 22 defensive tackles last year, his second season with the Ticats.

The native of Altoona, Penn., has played in 33 career games for Hamilton.