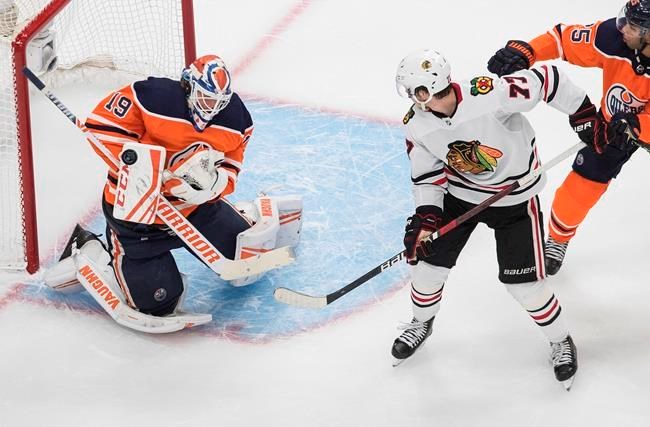 The Edmonton Oilers are turning to a new starting goalie for Game 2 of their qualifying-round series against the Chicago Blackhawks tonight.

Mikko Koskinen, who came on in relief of starter Mike Smith in a 6-4 loss in Game 1, will start Game 2.

Smith allowed five goals on 23 shots before he was replaced midway through the second period of Game 1.

Koskinen gave up one goal on 19 shots.

The goalies split time during the 2019-20 season, with Koskinen starting 34 games and Smith getting the nod for 37.

It will mark the first career post-season start for the 32-year-old Koskinen.

He hopes to follow in the footsteps of Columbus Blue Jackets netminder Joonas Korpisalo, who became the 14th goalie in league history to record a shutout in his post-season debut on Sunday against Toronto.

Canada drawn with rival Americans at Gold Cup in complicated, congested 2021
Sep 28, 2020 8:34 PM
Comments
We welcome your feedback and encourage you to share your thoughts. We ask that you be respectful of others and their points of view, refrain from personal attacks and stay on topic. To learn about our commenting policies and how we moderate, please read our Community Guidelines.