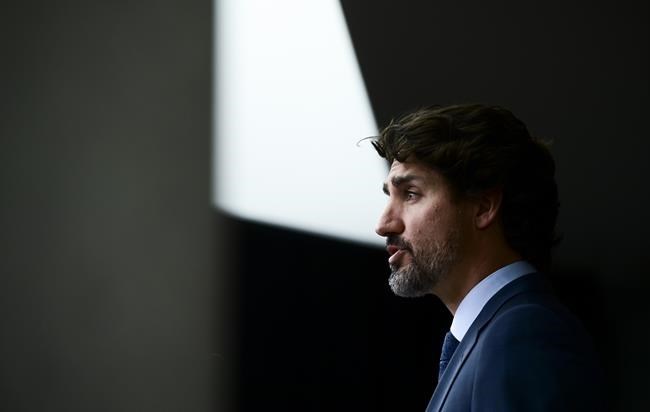 OTTAWA — Prime Minister Justin Trudeau has called two byelections less than a day after the Liberals named their candidates in each of the Toronto ridings.

A short notice from the Prime Minister's Office says the votes in York Centre and Toronto Centre will take place on Oct. 26.

The Liberals are hoping to hold the seats left vacant by the resignations of two government MPs.

The party named CTV broadcaster Marci Ien as its candidate in Toronto Centre, which was held by Bill Morneau before his sudden resignation as finance minister and MP in August.

Ien announced her candidacy for the nomination in a series of tweets on Thursday, only to be declared the party's standard-bearer by the end of day.

TD Bank Group executive Paul Saguil had previously declared his candidacy for the nomination and so had Scotiabank deputy chief economist Brett House.

The Liberals gave the same treatment to Ya'ara Saks in York Centre, a seat left vacant by the resignation of MP Michael Leavitt at the beginning of September.

Green party leadership hopeful Annamie Paul said she wants to run for her party in the Toronto Centre byelection but needs special permission to do so.

The Green party requires any of the eight people running for the leadership to ask permission if they want to run in a byelection before the winner is named Oct. 3.

Paul said the Liberals are making politically motivated decision to call the byelections now, when COVID-19 numbers in Toronto are spiking and before the government knows if it will survive a confidence vote on next week's throne speech.

She said the Liberals also know very well the Greens are two weeks away from picking their next leader, and that she was the Green candidate in Toronto Centre in 2019.

"The timing is fairly cynical," she said.

One of Paul's rivals for the Green leadership also has ties to Toronto Centre. Glen Murray was the Ontario Liberal MPP for the riding of the same name from 2010 to 2017.

Note to readers: This is a corrected story. A previous version said the Green party has a rule preventing leadership candidates from running in a byelection during the leadership race.

In battleground Pennsylvania, Trump supporters are still all in for their president
Oct 30, 2020 2:00 AM

Halloween proceeds in frightening times with public health measures in place
Oct 30, 2020 2:00 AM
Comments
We welcome your feedback and encourage you to share your thoughts. We ask that you be respectful of others and their points of view, refrain from personal attacks and stay on topic. To learn about our commenting policies and how we moderate, please read our Community Guidelines.