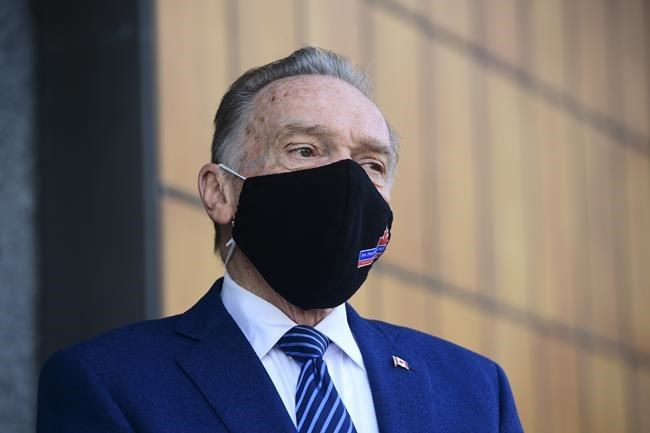 OTTAWA — Longtime Conservative MP Peter Kent isn't running again in the next federal election, opening up what's likely to be a hard-fought contest within the party to take over the riding of Thornhill.

Two high-profile Conservative women have already launched campaigns to try to take over the seat, which Kent has held since the 2008 federal election.

Before that, the riding had been a Liberal stronghold since its creation in 1997. It is now considered one of the Conservatives' safest seats in the key political battlefield that is the Greater Toronto Area.

Kent left a career in journalism for national politics and under Conservative prime minister Stephen Harper he served, among other roles, as the environment minister for nearly two years.

But, he said in a message to his constituents posted to social media, it was time to move on and make way for a replacement. He said he made the decision last month.

"For everything there is a season and it's time to prepare for the end of my active political season," he said.

While he was environment minister, among his staff was Melissa Lantsman, whose job as his spokeswoman was one of several senior positions she occupied during years on Parliament Hill.

She has since become a well-known Conservative pundit, and was part of Ontario Progressive Conservative Premier Doug Ford's election team.

She announced late Sunday she'll be running for the party's nomination in the seat.

Another member of Ford Nation is also eyeing the riding.

Ontario MPP Gila Martow, who has represented the Toronto riding in the Ontario legislature since 2014, opened her campaign for the nomination over the weekend.

Kent is the latest Conservative incumbent to announce they won't seek re-election.

The Conservatives say they have no fixed date by which they'd like to have candidates nominated in all 338 ridings, but a slew of nomination meetings have been held in the last few weeks.

Incumbent MPs have until end the of the year to raise $15,000 to safeguard their spots, or $25,000 by April if they fail to meet the first deadline.

This report by The Canadian Press was first published Nov. 23, 2020.