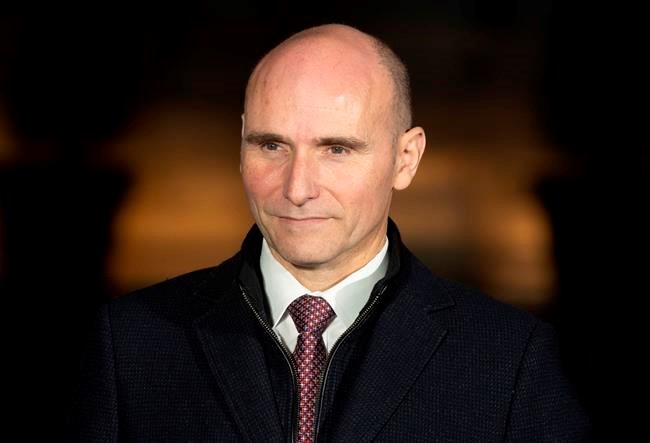 OTTAWA — The federal government faced calls Monday to add more diversity to the senior ranks of the public service, as black civil servants gathered in the national capital to share their experiences of racism and discrimination in the workplace — and discuss ways to prevent it in the future.

Several speakers at noted the lack of diversity at the top during the Federal Black Employees' Caucus meeting, which coincided with Black History Month in Canada as well as the halfway mark of the United Nations' Decade for People of African Descent that started in 2015.

Among those was Treasury Board President Jean-Yves Duclos, whose department is responsible for managing the federal public service as a workforce.

In his speech, Duclos noted the recent appointment of Caroline Xavier as associate deputy minister at Citizenship, Immigration and Refugees Canada — one rung below the department's top bureaucrat. That makes her the most senior black federal public servant in Canadian history.

"It's an important step forward, but it's not nearly enough," Duclos said. "And it starts with us, the government, recognizing the issues you have identified as challenges."

Those challenges include overt racism as well as more subtle and even subconscious discrimination, many of which organizers said are unique to black public servants and could lead to everything from a lack of career opportunities to severe mental-health problems.

Richard Sharpe, a longtime public servant and one of the co-founders of the Federal Black Employees' Caucus, recalled one incident where he was mistaken for a deliveryman when he arrived to make a presentation to a group of senior managers at one of the largest departments.

"Before I had a chance to respond, the deputy minister came and he put his hands on my shoulders and said: 'Richard, come to the table so you can make your presentation.' The young woman was very redfaced," Sharpe said in an interview.

There are an estimated 13,600 black public servants working for the federal government, Sharpe said, though exact figures are difficult to find because employees are not specifically asked their ethnicities or races.

There are roughly 288,000 federal public servants, of whom 16.2 per cent self-identified as being a member of a "visible-minority group" in 2016.

In his address, Duclos acknowledged the need to add more diversity to the public service and foster a more inclusive and respectful environment because it is the right thing to do — and because doing so is critical to addressing new challenges in Canada and abroad.

Duclos also personally promised to work to increase the amount of diversity in the senior ranks of the public service, which the head of the largest federal-employees' union described as a frequent subject in consultations with his members.

"The consistent themes coming out of these conferences has been that racism is systemic, including anti-black racism, and that our members have been denied career opportunities," Public Service Alliance of Canada national president Chris Aylward said.