Tax issues can become complicated when selling a cottage 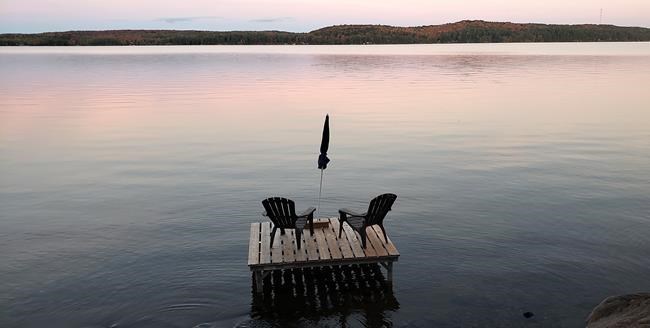 Canadians are out in droves this fall in pursuit of a vacation home or cottage as the country hunkers down for a long winter amid the COVID-19 pandemic.

However, both buyers and sellers need to keep tax implications in mind as the rules change when multiple properties are involved, experts say.

Jamie Golombek, managing director of tax and estate planning at CIBC Private Wealth Management, says that a couple is generally allowed one principal residence for tax purposes. When someone with multiple homes — including a vacation home — goes to sell, most people are eager to claim any tax exemptions they can, right away, to save money.

But deciding whether to pay taxes on the capital gains of your home sale is more complicated than it appears, Golombek says.

This exemption is “the biggest thing to keep in mind when you have a second property," says Mariska Loeppky, IG Wealth Management’s director of tax and estate planning.

The seller must first decide whether they expect the sale of their cottage or their city home to yield a bigger gain. The more money you gain on a home sale, the better off you are claiming it a tax exemption.

“But that's not enough,” says Golombek. “Because you also have to look at the number of years after that you're expected to hold the other property, and its potential for future appreciation. Because if you now choose to use the exemption on the sale of your vacation property, it's not available for all the years that you owned both properties.”

A vacation home can often qualify for the exemption — as long as it meets certain conditions, such as being inhabited by the owners at least a little each year, and not being regularly rented out as an income property. But unlike decades past, Canada Revenue Agency no longer takes for granted that — if no tax is paid on the capital gain — the tax saving provision is being used.

Now, sellers must be diligent to report it.

“What's new (as of 2016) is the requirement to actually tell the government that you're claiming exemption,” says Golombek. “They're really cracking down on people who are selling residences — if they qualify for the exemption, making sure that you tell them that you're actually using it.”

Many people with two homes may be encountering the change for the first time when they file 2020 taxes.

Sales of properties in the Lakelands region of Ontario grew more than 40 per cent from a year ago in September, setting a new monthly record led by waterfront properties. A record number of properties were also listed for sale in the region that includes Parry Sound, Muskoka, Haliburton and Orillia. In Kawartha Lakes, sales also hit a record in September (although listings declined), while in British Columbia, the Okanagan Mainline Real Estate Board saw September residential sales rise 78 per cent from last year.

Plus, Loeppky says, a recent renovation boom could also impact the tax situation when it comes to selling a vacation home. An online survey of 2,500 Canadian adults by Rates.ca in early September indicated that more than 16 per cent of respondents were planning or had done a renovation during the COVID-19 pandemic.

When the home goes up for sale, there are also tax implications, says Loeppky. That means homeowners should be keeping receipts for the sale and major renovations on both properties, whether they expect to claim it for a tax exemption or not.

For example, Loeppky says, you may have purchased a house, always expecting that it would be your principal residence for tax purposes. A few years later, you purchase a cottage, which shoots up in value in a hot market.

You'll likely want to switch gears and try to use the principal residence exemption to ease the tax bill when you sell the cottage. But to do so, she says, you need to show which home makes the bigger gain on paper — so you must keep track of what you paid for the cottage and all the receipts from adding that sunroom years ago.

"It fluctuates with market conditions and over time ... You never know what the future holds. Right? And that's ultimately what it comes down to," she says.

"In your mind, it's completely tax free. But then something happens and you end up claiming it for the other property."

This report by The Canadian Press was first published Nov. 5, 2020.