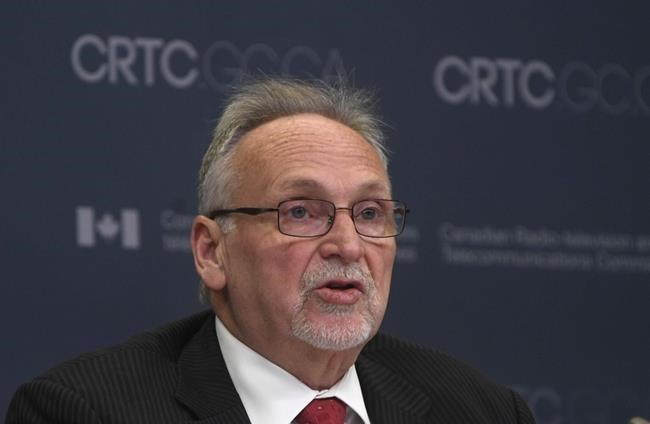 One of the country's smaller regional telecom companies and an Ontario-based rival with hopes of expansion on Friday took opposite sides of a battle over whether a new category of wireless competitor would be good for Canadians.

Eastlink, a family-owned phone and internet company that primarily serves Atlantic Canada and pockets of other provinces, has halted investments in wireless out of fear of what the industry's regulator will do, said president Lee Bragg.

He pointed to an August 2019 regulatory decision by the Canadian Radio-television and Telecommunications Commission that slashed wholesale prices that facilities-based internet carriers can charge for access to their landlines as one reason for doing so.

He estimated Eastlink would lose $30 per customer monthly at the internet rates established by the CRTC.

That decision is being appealed by all of Canada's major phone and cable companies, including Eastlink.

"We see the (CRTC's) previous decision as a bit of a preview as to what may potentially be the outcome of this (CRTC proceeding)," Bragg said. "With the greatest respect, one bad decision led us to believe maybe there will be another."

As a result, he said, Eastlink has already cut $60 million from its 2020 capital budget and laid off an undisclosed number of people after the CRTC decided last year to cut wholesale rates for internet and phone landlines.

"I still have to pay the banks back the money that I borrowed to build these networks. So we've been forced to suspend all growth capital," Bragg said during a fourth day of public hearings in Gatineau, Que.

Executives from Canada's largest national and regional wireless companies have been united in rejecting a CRTC proposal to require Bell, Rogers and Telus to carry traffic for smaller competitors without their own networks.

Supporters of mobile virtual network operators (MVNOs) argue the Big Three carriers, which account for about 90 per cent of the market, have the ability to set retail prices and profit margins that are high by international comparisons.

Telus chief executive Darren Entwistle told the commission on Thursday that it could cut $1 billion in spending and 5,000 jobs over five years if the CRTC mandates mobile virtual network operators.

That warning was dismissed by a variety of MVNO supporters, including TekSavvy Solutions of Chatham, Ont., which has become Canada's largest independent supplier of land-based internet, television and phone services.

TekSavvy and a number of other independent ISPs, which would benefit from the low wholesale internet rates set by the CRTC last year, have said they want to add wireless to their bundles of service offerings.

Andy Kaplan-Myrth, TekSavvy's vice-president of regulatory and carrier affairs, told the commissioners Friday that it remains to be seen whether Bell and Rogers will move into a market gap if Telus cuts its wireless capital budget.

"If none of them will do that, and they are prepared to let that market (be unserved), that looks more like market power," Kaplan-Myrth said.

The meaning of the term "market power" has been hotly debated within the hearings — with some, including TekSavvy, suggesting it means the ability to hike prices higher than they would be if there was sufficient competition.

The Competition Bureau and its outside consulting expert said on Tuesday, and in their pre-hearing documents, that the Big Three have some degree of market power in every part of Canada.

However, they said the Big Three's market power is reduced by competition from facilities-based carriers, such as Quebecor's Videotron and in markets served by Freedom Mobile, a subsidiary of Shaw Communications.

Boston-based consultant Tasneem Chipty of Matrix Economics, who provided research for the Competition Bureau, said Canadians spend an average of 10 per cent less per gigabyte of data in areas where regional carriers have 5.5 per cent of the market. The benefit rose to a 65 per cent saving when disruptors had 20 per cent of a market, she said.

This report by The Canadian Press was first published Feb. 21, 2020.