Some crops may still be harvestable, board hears

Pea crop still out there will probably be written off: Alberta Ag staff
Nov 26, 2019 2:20 PM By: Dan Singleton 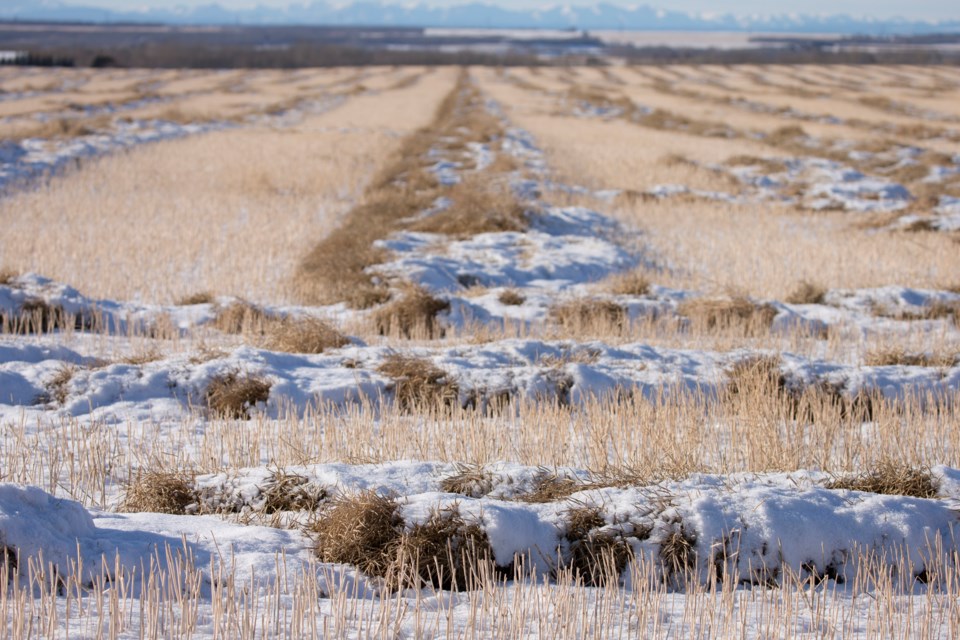 MOUNTAIN VIEW COUNTY - Mountain View County’s agricultural service board (ASB) has been updated on the crop situation in the region. The review came during the board’s recent regularly scheduled meeting in council chambers.

Grant Lastiwka, a livestock and forage business specialist with Alberta Agriculture and Forestry in Olds appeared before the board to update members.

“The central region is eight per cent of the crop is out,” said Lastiwka. “I believe there is about five per cent in the swath and three per cent standing. A lot of that ends up being canola, flax and some of the cereal.”

Asked if some of the crops can still be brought in this fall, he said, “In 2016 we weren’t this advanced and the late good weather that year allowed for late harvest. Some of these canola crops do have potential if the weather would hold for us for a little bit, for people to try to get in there and get some brought off.

“There’s a range. The cereals don’t fair as well, particularly now with standing crops and the potential for broken heads. Any of the pea crop that is out there will probably be written off.”

Lastiwka gives regular updates to the ASB, which advises the county and province on agricultural issues and concerns.

“Certainly for ourselves here in Central Alberta, we are more fortunate than some,” he said. “What we are looking at right now are pockets and areas that are worse off than others, depending on situations like if you got a little more snow than others did.

The ASB is made up of county councillors and appointed members of the agricultural community. Brian Rodger is the chairman.

In other ASB news, members have approved $2,042 in funding for a February event that will mark the fifth anniversary of the ALUS program in the county.

“Mountain View County has had a successful ALUS program for five years, first signing a memorandum of understanding with ALUS in 2015,” administration said in a briefing note to the board. “Currently under the ALUS program there are 31 producers with projects impacting more than 1,375 acres of wetland, riparian and upland areas in the municipality.”

More details on the February anniversary event are expected to come before the board at the December meeting.