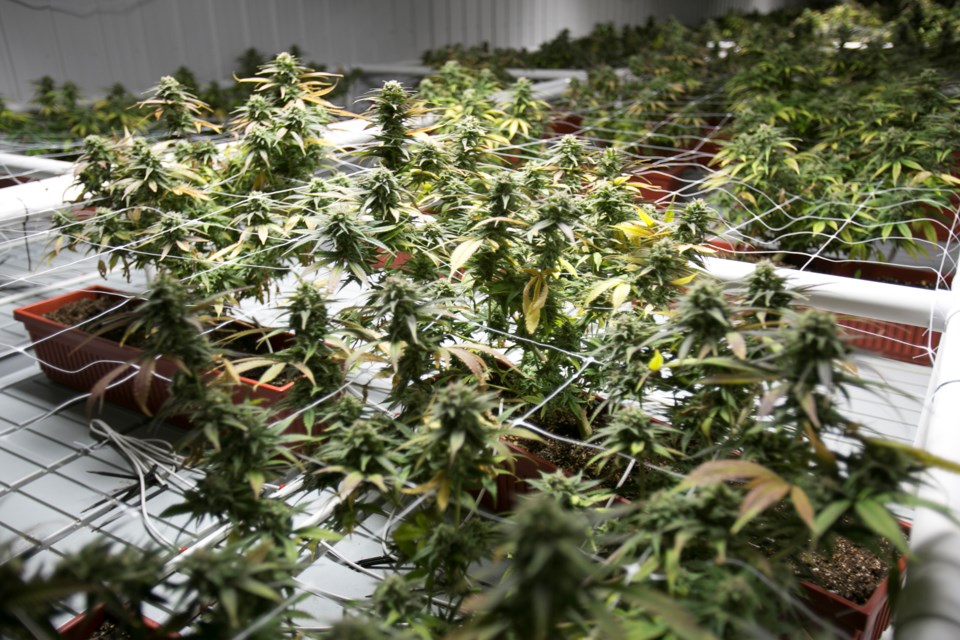 An early strain of marijuana that is high in CBD content at Aurora's production facility northwest of Cremona. The company expansion plans call for a new bay and expanded office and warehouse space. File photo/MVP Staff

A letter from Alberta Environment and Parks regarding the proposed re-designation states, in part, that, “a Water Act approval will be required for any proposed disturbances to wetlands from the proposed development and/or access road and for any changes or alterations in overland drainage or water courses.”

It also says that a Water Act licence, transfer or amendment will be required for any changes in groundwater diversions or in the location of groundwater wells.

A letter from Alberta Health Service regarding the proposed re-designation, states, in part, that consideration be given to “the types and volume of chemicals, such as pesticides, solvents, cleaning products and fertilizers, that will be stored onsite for the purpose of cannabis growing and processing.

“Ensure that proposed method and location of chemical storage, utilization and disposal does not create hazardous conditions for the facility or adjacent properties.”

Three letters of objection have been received regarding the proposed changes, with the writers outlining concerns with traffic and visual impacts, water usage, lighting impact and vehicle access.

“This proposed re-designation will likely further intrude on the peaceful rural county beauty that was the reason that we chose to relocate and put our life savings into our property,” one letter reads.

“We are abhorrent of the possibility of expansion. This type of business belongs in an industrial park type of situation, not ‘smack-dab’ in the middle of where Mountain View citizens have worked their lifetimes to develop their peaceful farming, ranching or country residential homes.”

Another letter writer states, in part, that, “We are concerned that the county is not considering the long-term effects of this facility on the surrounding landowners.”

In a letter responding to the letters of concern, the applicant said, in part, that, “the proposed expansion provides better work spaces for all staff, better change rooms and shipping areas. There is a minimal increase in product growing space. By adhering to the county guidelines for lighting and landscaping the visual impact of the expanded facility should be minimized.”

The complete re-designation package, including the letters of concern and response, is available on the county’s website.

Council set Nov. 27 as the public hearing date for the proposed re-designation.