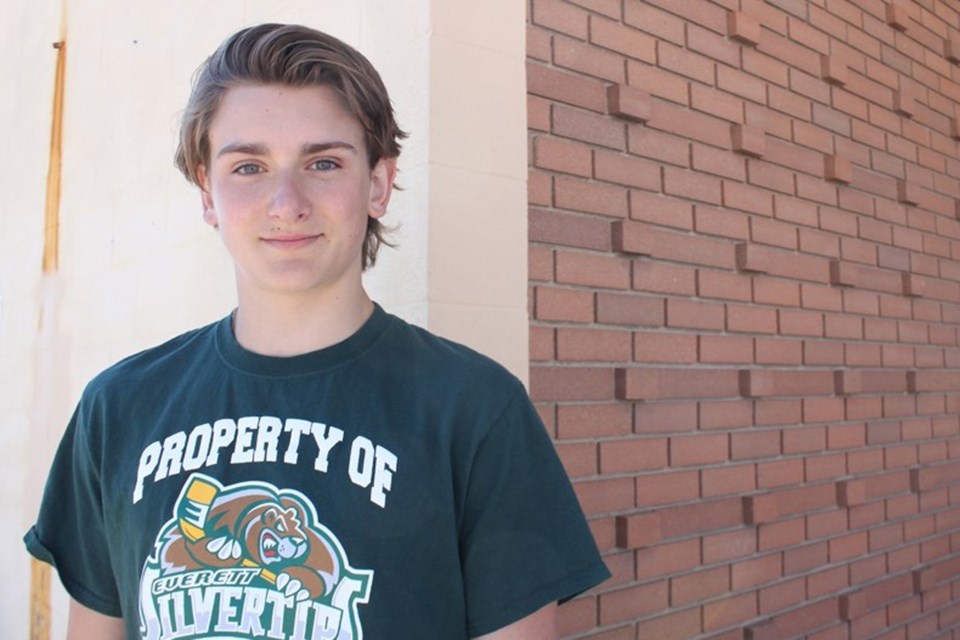 Olds resident Ronan Seeley is now with the NHL's Carolina Hurricanes after being drafted in the seventh round, 208th overall, during the 2020 NHL draft. Seeley, 18, played his junior hockey for the WHL's Everett Silvertips. File photo/MVP Staff

OLDS — Olds resident Ronan Seeley has made it all the way to the NHL.

Seeley, 18, was chosen by the Carolina Hurricanes during the 2020 NHL draft on Wednesday, Oct. 7.

The left-shooting defenceman was taken in the seventh round, 208th overall.

Going into the draft, NHL Central Scouting had ranked him 75th among North American skaters.

Last season, Seeley scored three goals and picked up 29 assists in 63 games for the Everett Silvertips of the Western Hockey League.

It was a banner year for Alberta at the 2020 NHL Draft, according to Hockey Alberta, with 17 Albertans drafted to 13 different teams.

The 17 Albertans drafted hail from 12 different minor hockey associations, 15 are alumni of the Alberta Elite Hockey League, and 10 played for Team Alberta.

When NHL Central Scouting released its final rankings in April, 24 Albertans appeared on the list - 20 skaters, and four goaltenders.