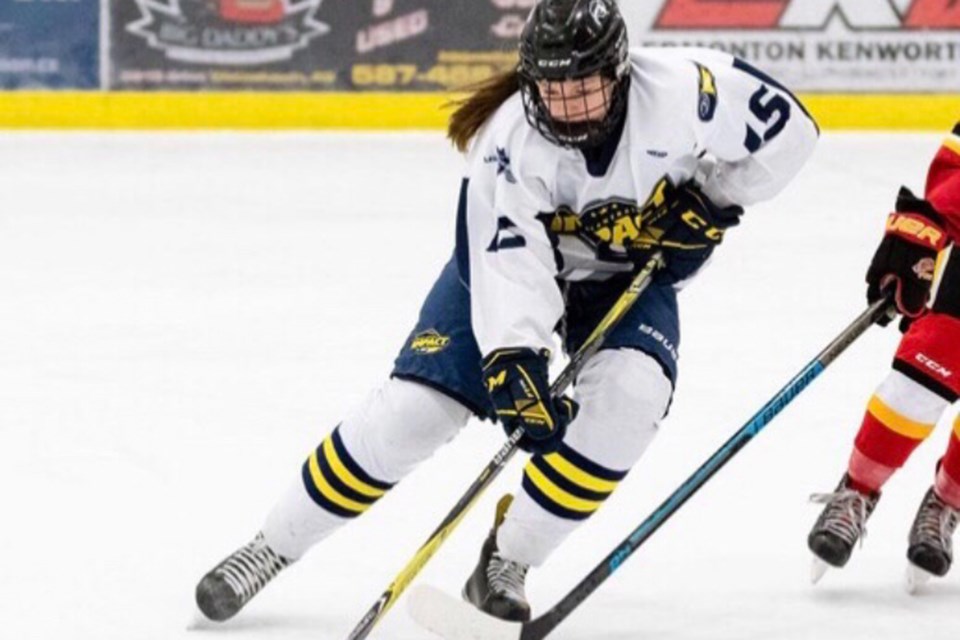 OLDS — New players are being recruited for the Olds College women’s hockey team to fill the hold left by players who graduated.

They have big skates to fill.

Two recruits are Reegan Broadbent and Tessa Knisely of Leduc. Both play right wing and skated for the North Central Impact.

Broadbent stands 5’3". She plans to study land and water resource management as well as environmental stewardship and rural planning.

She also participated in the Alberta Summer Games.

During the 2019-20 regular season, Broadbent played in 26 games, scored three goals and got six assists for nine points.

She was penalized for 16 minutes, also during the regular season.

In the playoffs, Broadbent scored one goal and got five assists for six points in only three games.

Her team was leading in the playoffs before they were cancelled.

“I am excited to have the opportunity to be a part of a new program with new traditions, systems, coaches, atmosphere, as well as have the chance to move on to the next chapter of my hockey career and play post-secondary (hockey),” Broadbent says.

Olds College Broncos women’s hockey head coach Chris Leeming is happy to have her on his bench.

“Reegan brings a dynamic skill set to our program next season as she has some offensive skills, paired with a relentless competitive drive,” he says.

“Reegan also brings leadership experience both on and off the ice as she served as an assistant captain the past two seasons.”

Knisely is 5’ 7” tall. She plans to study sports management.

She racked up 18 penalty minutes.

Like Broadbent, Knisely is also looking forward to taking her game “to the next level.”

“Tessa adds some versatility to our forward group as she is a physical presence with a strong play-making ability due to her great vision,” Leeming says.

“Her competitiveness and ability to play at both the offensive and defensive ends of the ice will be a welcomed addition to our lineup.”

Information for this story was provided by Jaden Frank of Olds College Athletics.