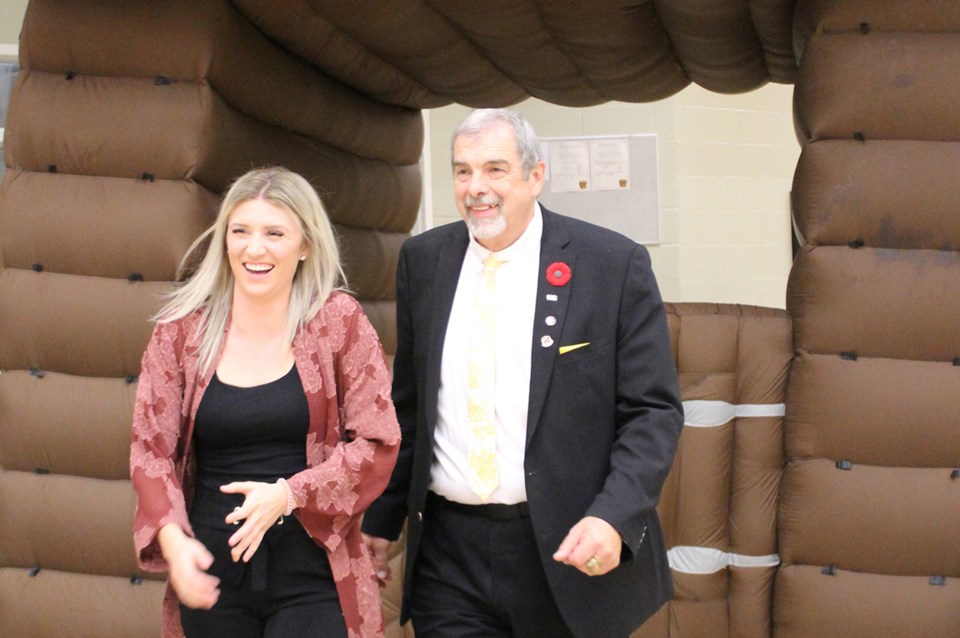 OLDS - After five seasons of flying with the NAIT Ooks on the basketball court, Leah Vandenboogaard is hitting the road and headed south for the 2019-20 season.

The Edmonton native joined the Olds College Broncos women’s basketball coaching staff for the 2019-20 season as part of the Canadian Collegiate Athletic Association’s Female Apprentice Coach Program. She is learning under the tutelage of five-time ACAC Coach of the Year and three-time national champion Avery Harrison.

“I think it’s a big honour to be selected into this program as not everyone gets the opportunity to do it,” Vandenboogaard said. “I am very excited to learn from a new coach and continue to grow my knowledge about the game.”

Vandenboogaard is studying Land and Water Resources at Olds College. She enjoyed a successful career with the Ooks, where her development on the court culminated in a selection to the ACAC North’s Second All-Conference Team last season. Vandenboogaard was also recognized with the Athletic Director’s Award of Excellence at NAIT’s Athletic Awards Night in April.

She also brings another dose of big-game experience to the defending national champions as she competed in two CCAA Women’s Basketball National Championships, winning a bronze medal with the Ooks in 2016 in Windsor, Ont.

Vandenboogaard credits her time at NAIT with helping her grow as a person on and off the court.

“I came in as a shy, scared-to-say-anything rookie, and as I went through my five years I really grew into my role on the team,” she said. “My leadership skills grew greatly, and that helped our team immensely.”

Broncos Athletics manager Trina Radcliffe was impressed with Vandenboogaard’s contributions in the first half of the season.

“In a very short time, it’s easy to see the tremendous character and leadership skills that Leah has developed as a student-athlete in the ACAC over the past five seasons,” Radcliffe explained. “Her confidence, knowledge of the game and willingness to share ideas and mentor our student-athletes both on and off the court has been outstanding.”

The CCAA Female Apprentice Coach Program assists former student-athletes who have a passion for continuing their career in the sport as a coach.

“I love seeing the development of female coaches in all sports and the Female Apprentice Coach Program provides a solid foundation for mentorship and leadership opportunities while also minimizing some of the barriers that institutions face to hire assistant coaches for their programs,” Radcliffe said.

Vandenboogaard has enjoyed furthering her basketball learning under  Harrison.

“He knows a lot about the game, and his team just won a national championship,” she said. “He has a lot of tricks up his sleeve, and I’m excited to see how it plays out in every aspect of the game.”

The Broncos had a great start to their national championship defence in the first semester of the 2019-20 season with an ACAC leading 9-1 record (18-2 overall).
Their second semester begins on Saturday, Jan. 18 at 6 p.m. as they welcome the Red Deer College Queen’s to the Ralph Klein Centre for Olds College Student Appreciation Night. It is sure to be an exciting game as the Queen’s handed the Broncos their lone loss of the first semester.