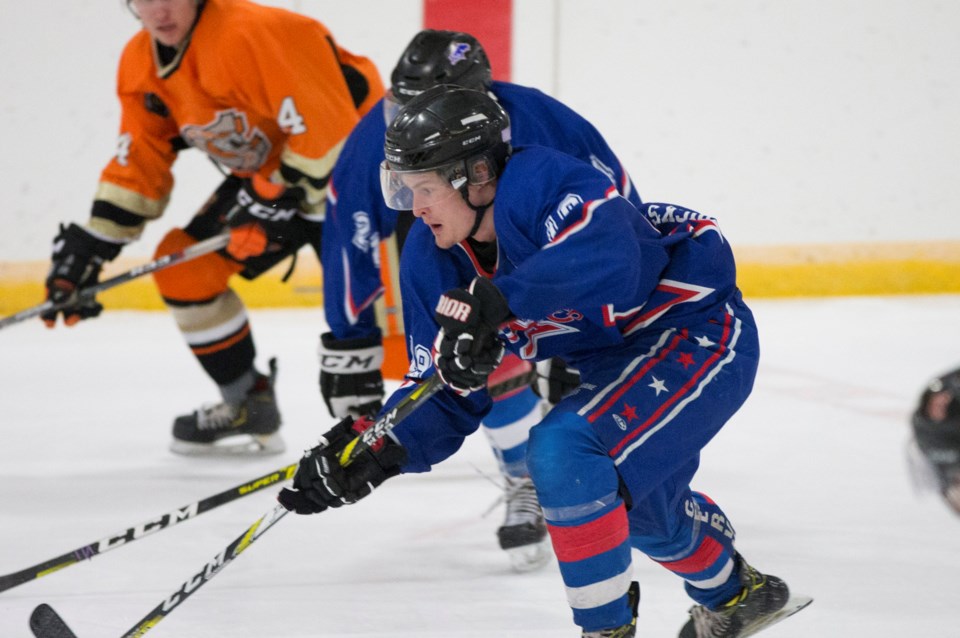 DIDSBURY - The Mountain View Colts ended the month of November with a 4-2 loss to the Airdrie Thunder at home on Saturday. The loss was the Colts' third consecutive after losses to Coaldale and Rocky the previous weekend.

Mountain View got off to a slow start against Airdrie falling 2-0 after one period and 4-0 after two periods. It wasn't until halfway through the third period that the Colts got on the board with a goal by veteran forward Josh Gette assisted by Laine Rothenbusch.

Bryce Gray scored an unassisted marker four minutes later to bring the Colts within two, but it was too little too late as they were unable to score again and lost to Airdrie, the top team in the Northern Division.

"We didn't play horribly," said Olsen. "We let them get the lead and we were playing from behind again. We're having a little trouble scoring and hopefully that will end soon."

Olsen said the team is continuing to work on offensive systems and power plays as well as defensive zone coverage.

"We want to prevent the other teams from scoring as well," he said.

The losses have dropped the Colts to third place in the Heritage League's Northern Division with a 10-win, 9-loss, 1-overtime loss record for 21 points, three behind second-place Sylvan Lake. Airdrie tops the division with 34 points.

The Colts return to the ice on Friday in Okotoks with a game against the league-leading Bisons. The Bisons did just suffer their first loss of the season recently to Ponoka.

"We're going to have to bring our A game," he said. "You want to be in the game and get strong goaltending. They haven't lost very many games."

The Colts are back at the Didsbury Memorial Complex on Saturday, Dec. 7 to host the Medicine Hat Cubs at 8 p.m.