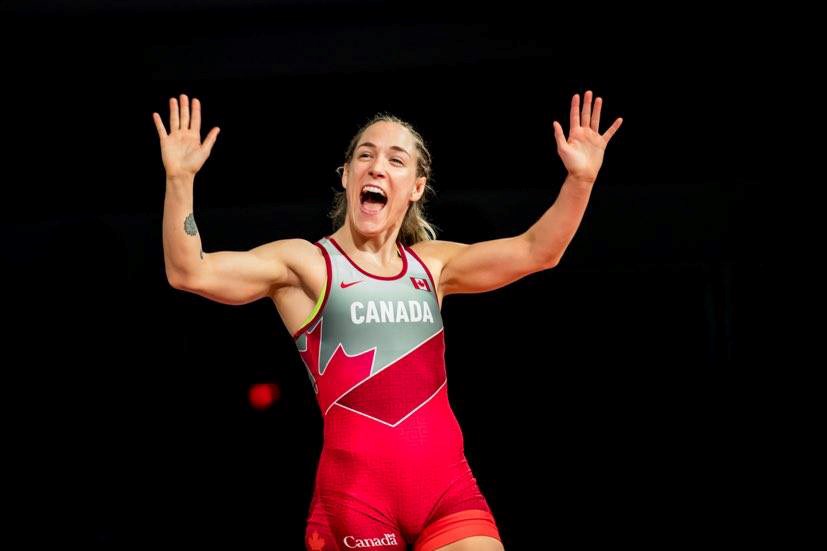 Former Olds resident Danielle Lappage celebrates after qualifying for the 2020 Olympics during trials in Ottawa March 14. This marks the second time Lappage has qualified for the Olympics. She qualified for the 2016 Rio Summer Olympics, but had to pull out, due to an injury. Lappage is a University of Calgary law student. Photo courtesy of Monique Smith/Eye:58 Photography

OLDS — Wrestler Danielle Lappage, formerly of Olds, has qualified for the 2020 Olympics in Tokyo.

Lappage, 29, won gold last Saturday against Yudari Sanchez Rodriguez in the final of a March 14 Olympic qualifying match in Ottawa after Rodriguez forfeited, as a result of injury.

Lappage was the first wrestler to qualify for Tokyo during the tournament.

There have been questions as to whether the Olympics, scheduled to be held July 24-Aug. 9, will take place, given concerns over the COVID-19 pandemic.

Japanese Prime Minister Shinzo Abe said that current plans are to hold the Olympics, but he left the final decision up to the International Olympic Committee.

This is Lappage’s second Olympic berth. She qualified for the 2016 Summer Olympics in Rio.

Ironically, Lappage had to forfeit a match there when she suffered an injury.

Lappage has been studying law at the University of Calgary.